14. Vash and Wolfwood from Trigun 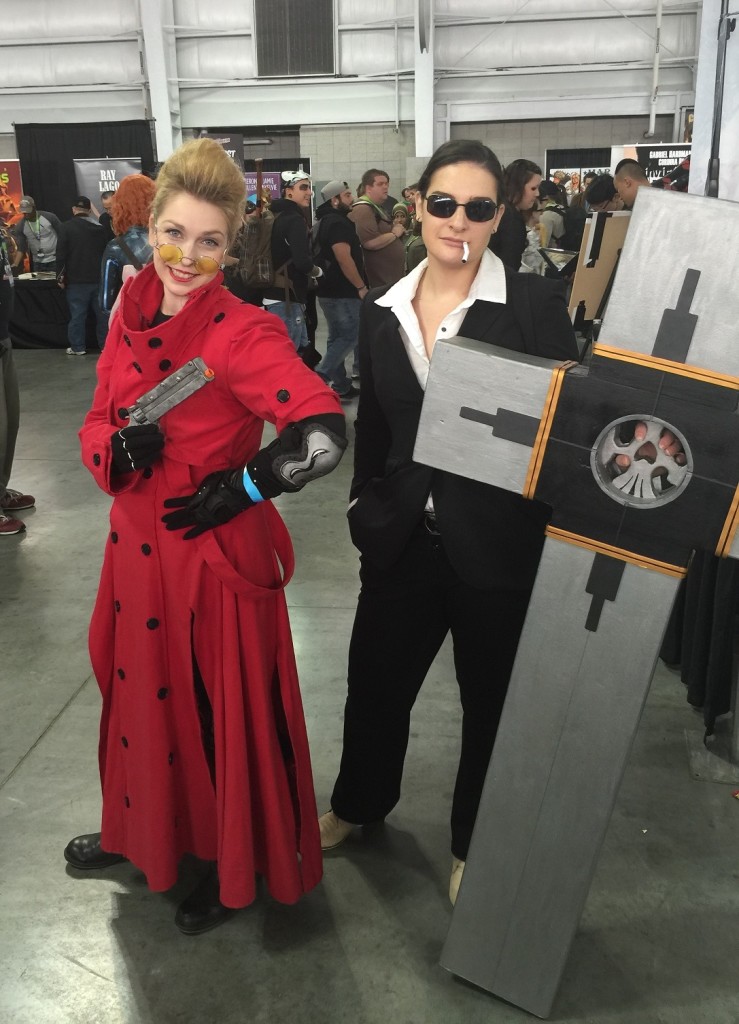 I saw these folks not a half hour after I saw the statues at the Kotobukiya booth and immediately began to wonder what the bet was between God and Satan about me. 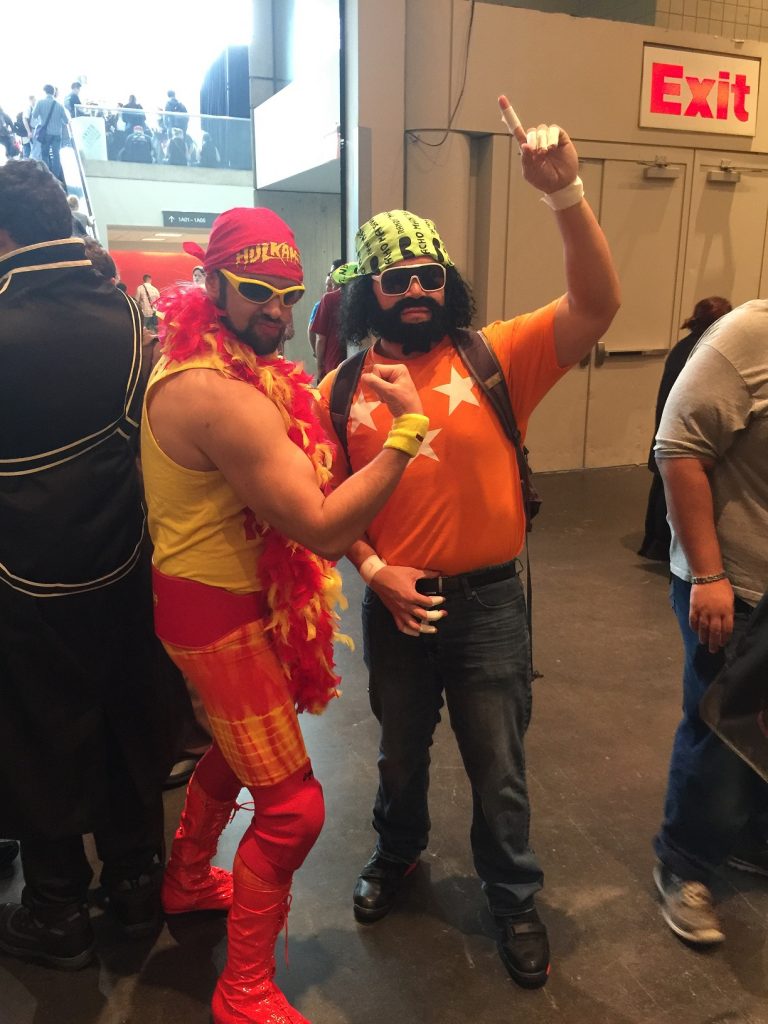 …wouldn’t you feel a little bad? I guess you might as well get all your Hulk Hogan cosplay in while you can, because once that Gawker lawsuit is settled… 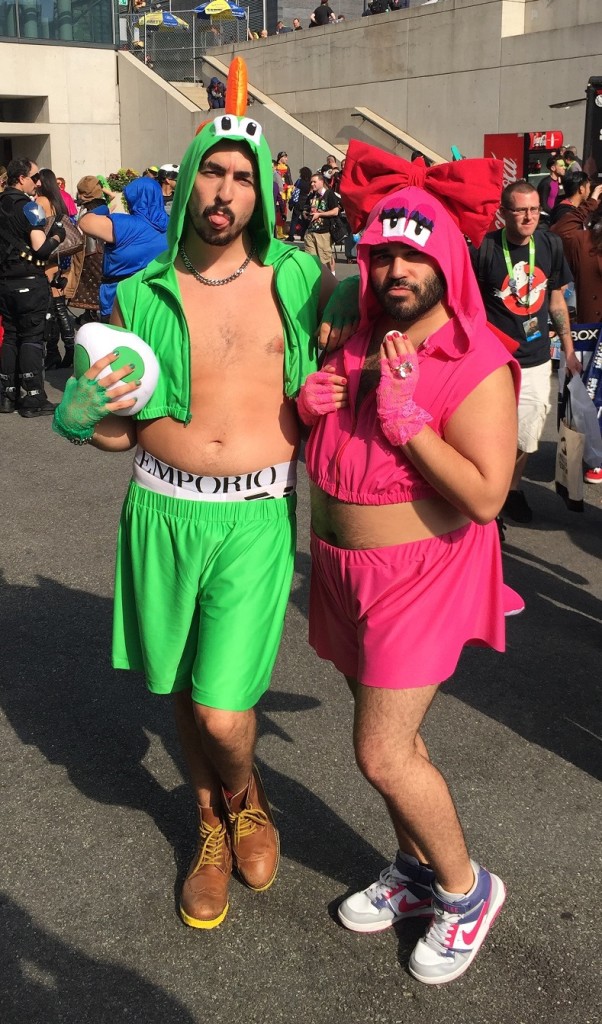 “HOLY SHIT WERE YOU GUYS THE ICE CLIMBERS LAST YEAR?”

Sadly, this wasn’t the first time this happened. I ran into a guy in a U.N.I.T. outfit in line for the Jessica Jones panel and yelled “OH MY GOD ARE YOU MOVIE GUILE?”

Doreen is awesome, and people who cosplay as Doreen are awesome. That is all. 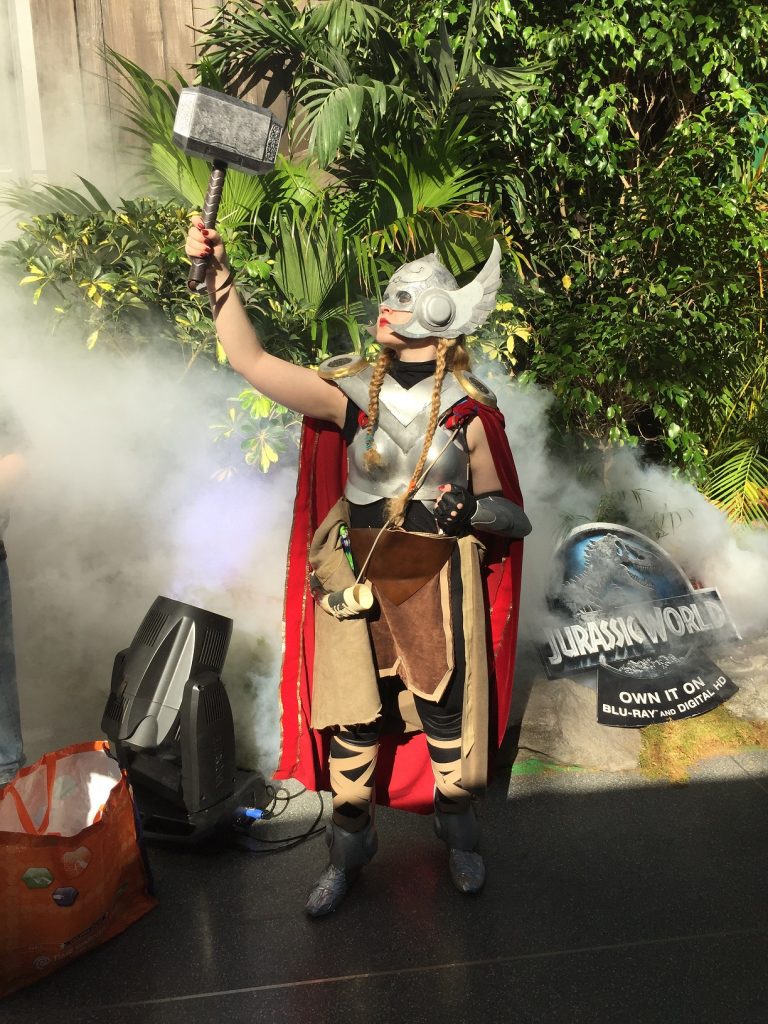 I can’t believe there weren’t more Thors there. And I can’t believe so many people were getting their pictures taken outside when there was a damn smoke machine they could have been stepping out of. #metal 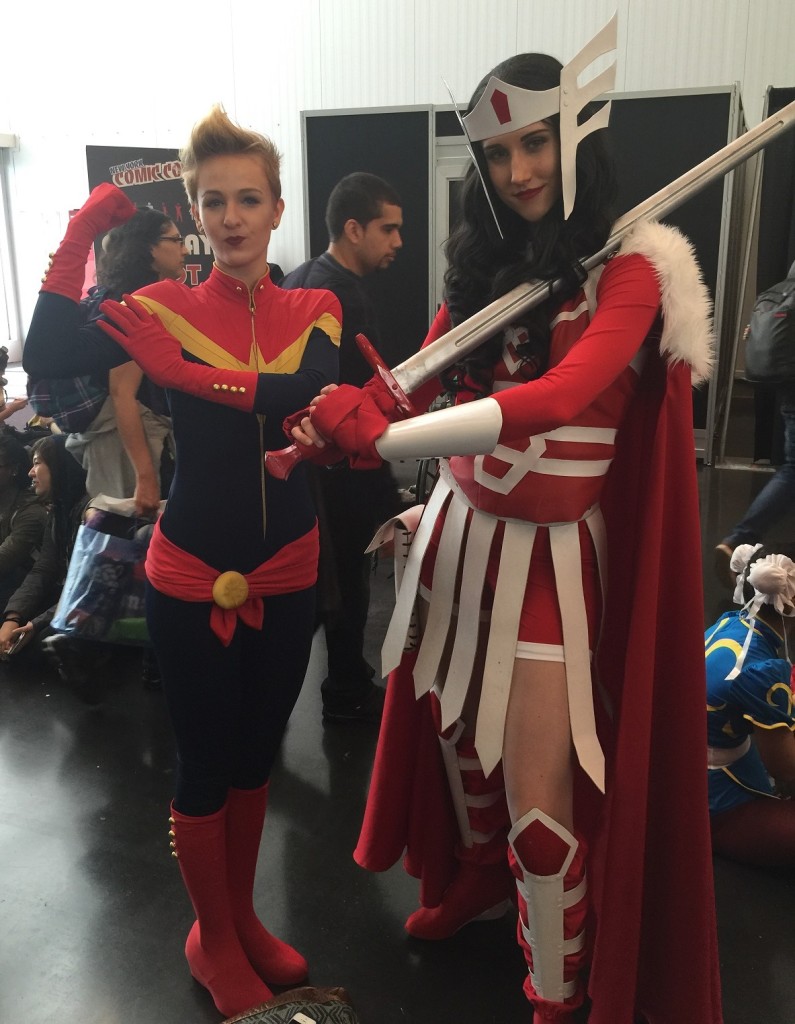 Anyone in the comments know if Jamie McKelvie also did the Sif redesign? Because both these costumes are awesome, and the quality of Carol’s is almost professional. 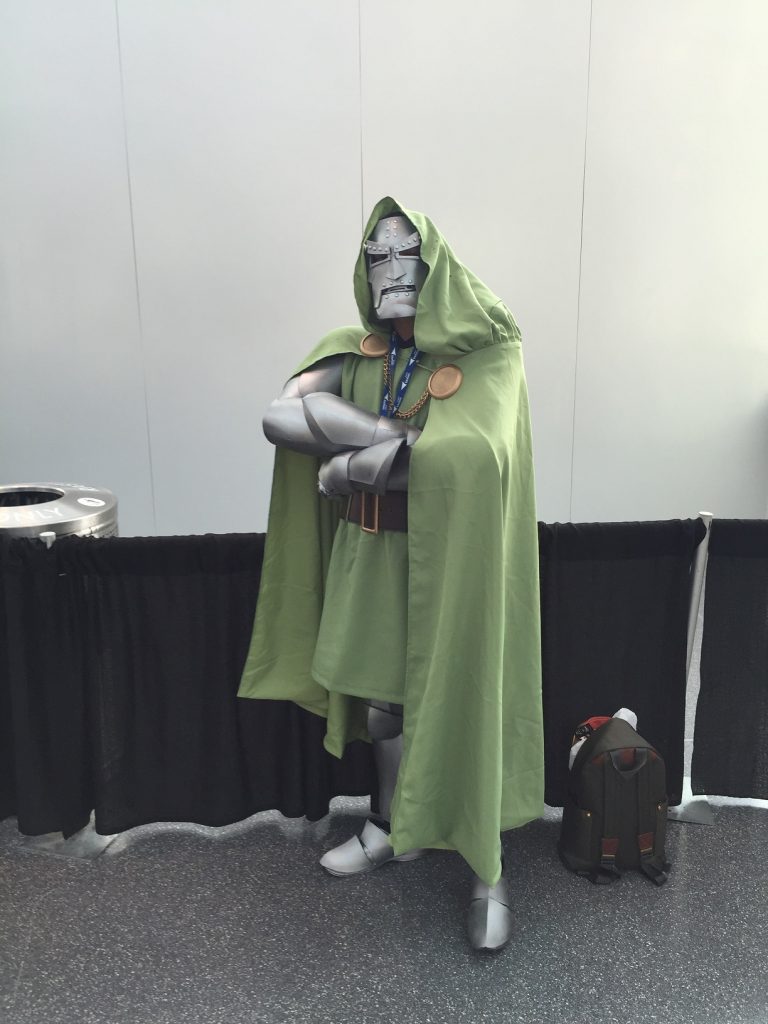 Real talk: I bowed. Head to the next page for the best of the best.