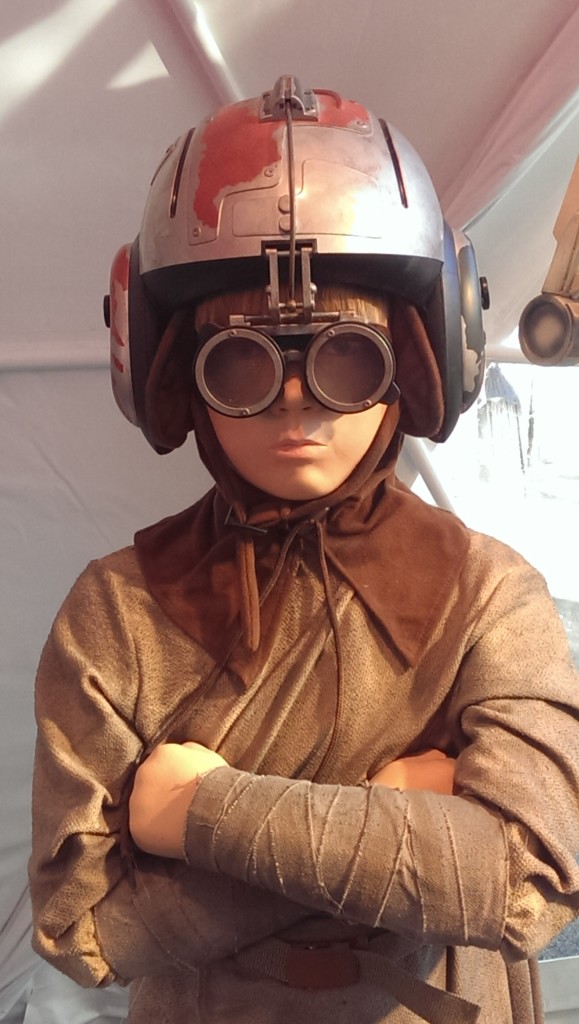 Look, if you were Jake Lloyd, and everyone for the last 16 years had been constantly going on about how the movie you were the star of sucked, ruined a franchise, and it was at least partially your fault, you’d look this pissed-off too. 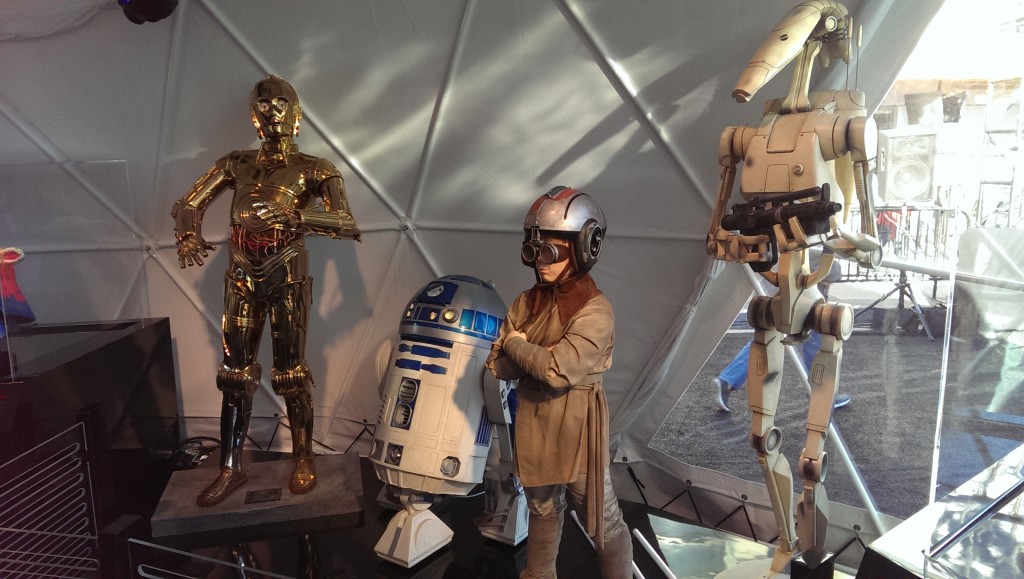 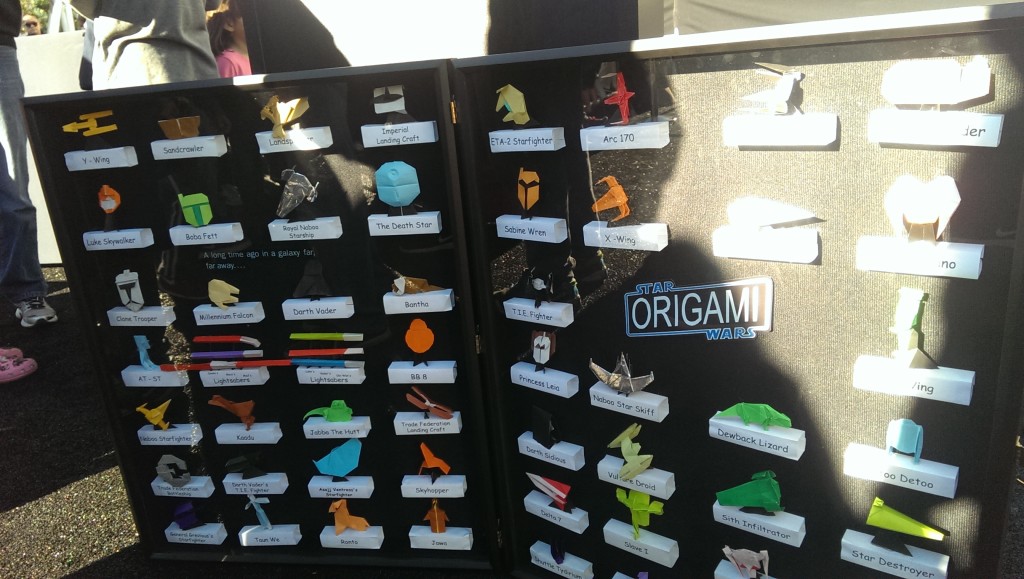 The next time critics tell you these movies have paper-thin characterizations, tell ’em they’re right. 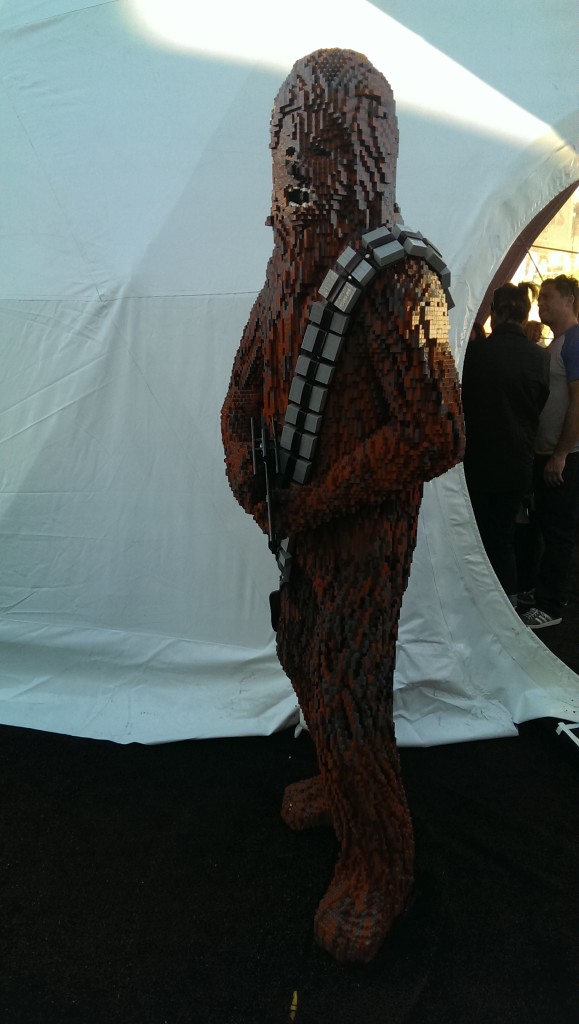 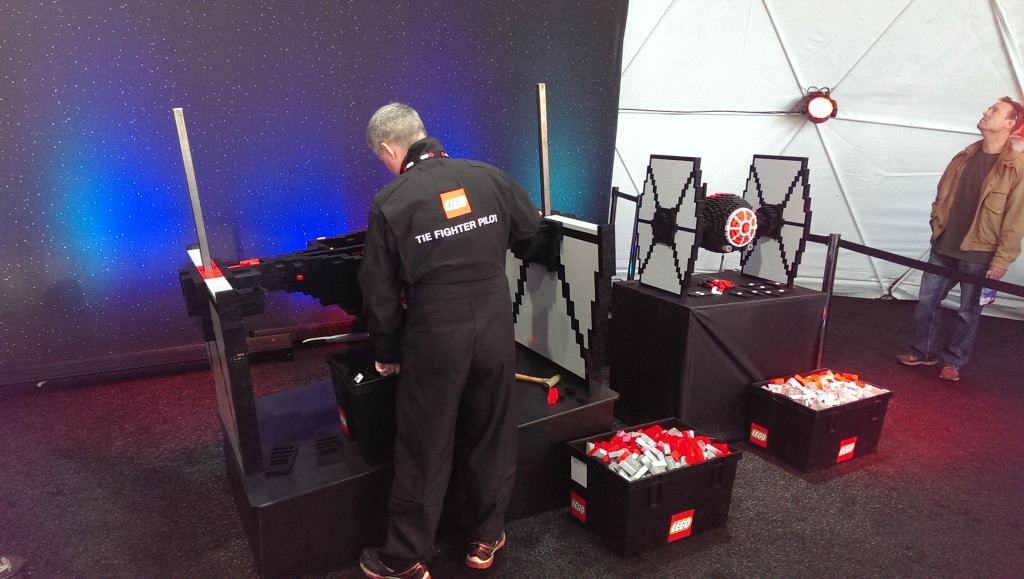 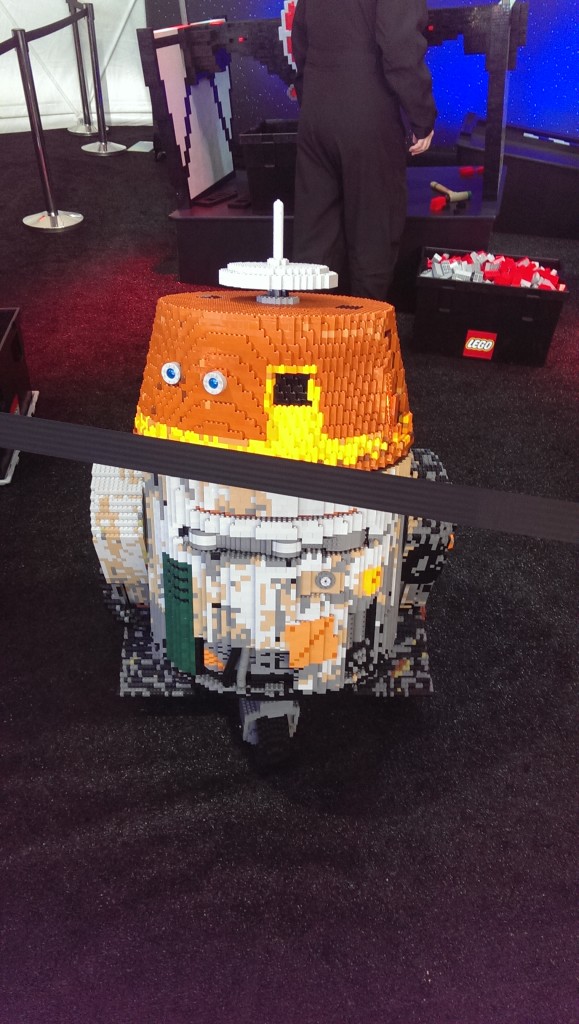 SPOILERS! The Lego catalog reveals a couple of character names I did not know before. 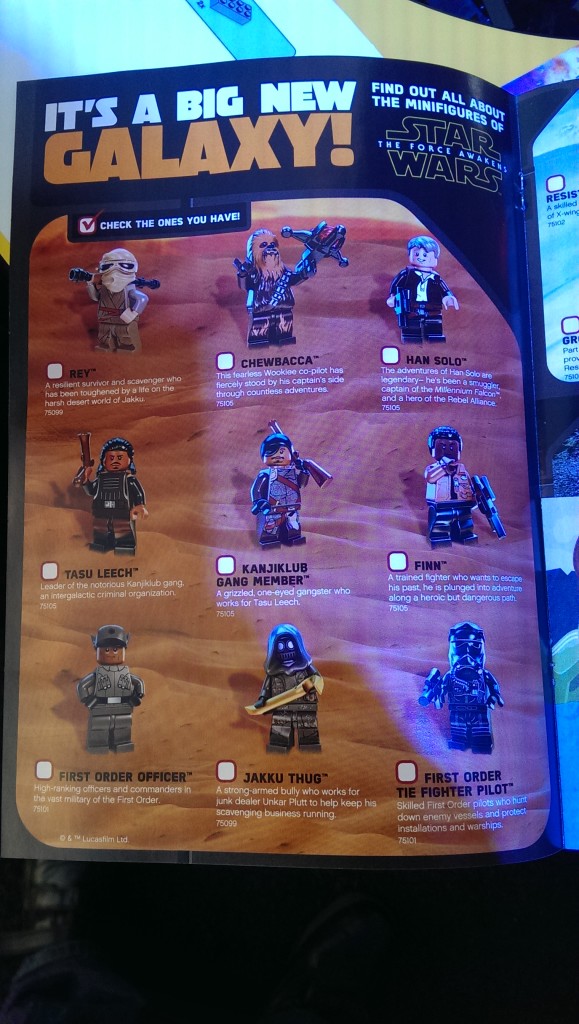 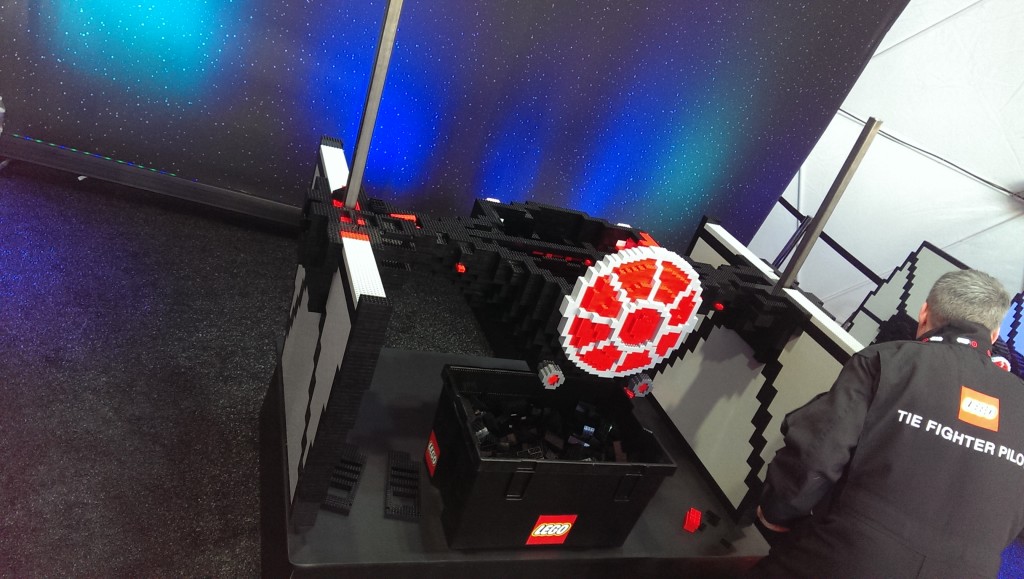 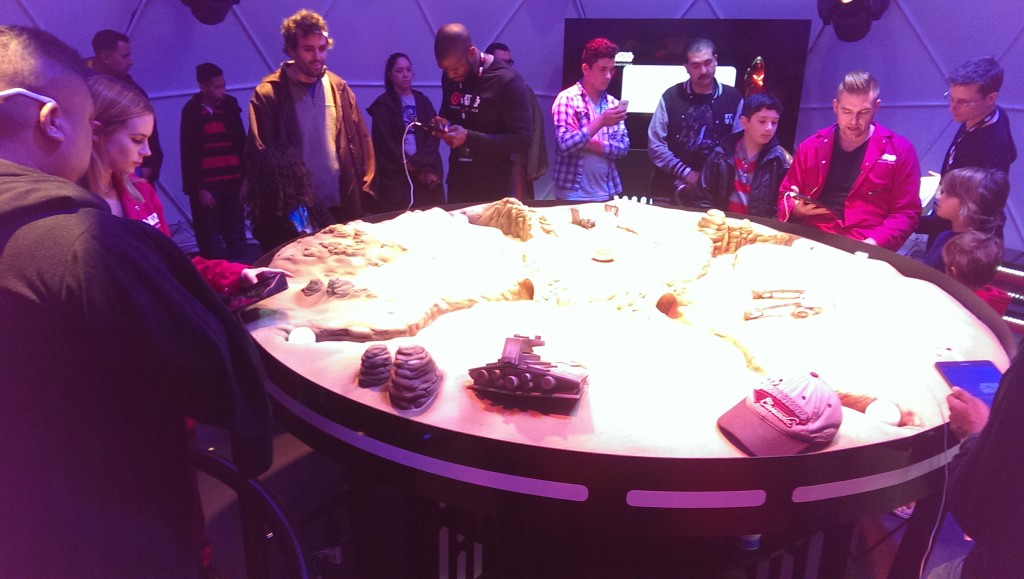 In this tent, attendees were encouraged to don Jedi robes and headsets, to make balls roll along a preset path using thought-controlled “Force” powers. 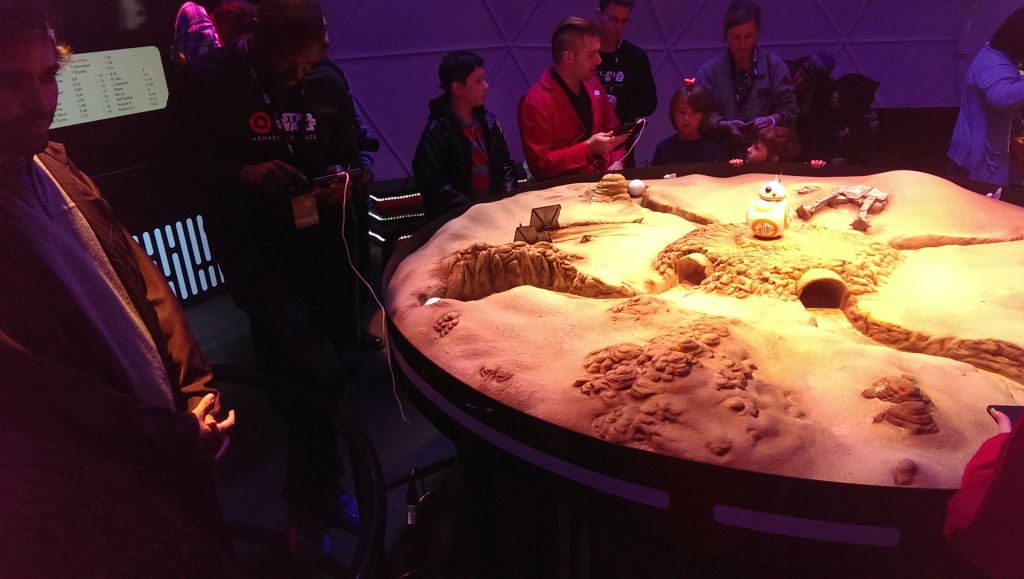 The Jakku diorama was cool, but it didn’t seem to take much to make the ball move, and along a very preset path. 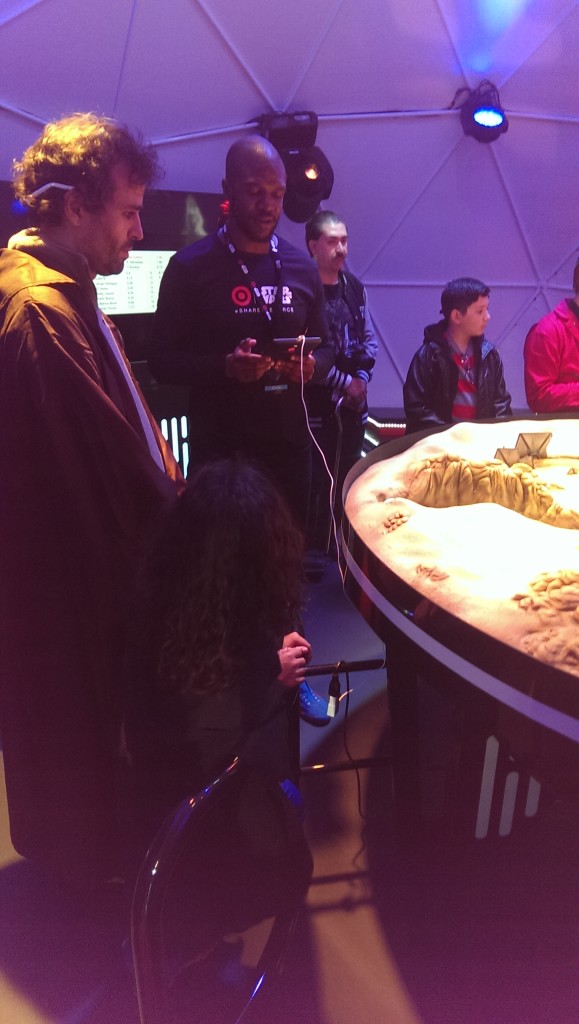 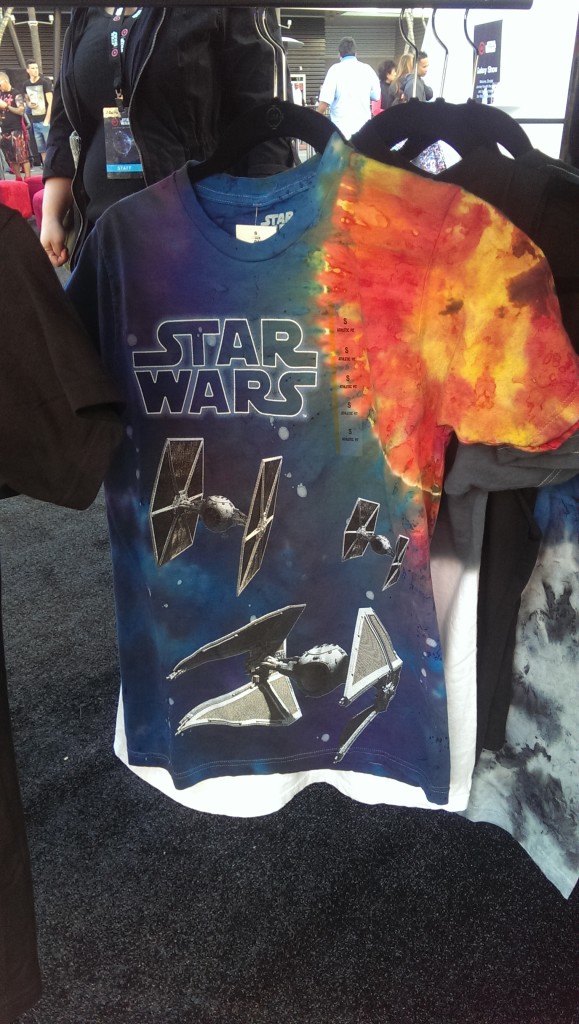 It would hardly be a Star Wars event without exclusive merchandise. I picked up the one above because the TIE-dye pun appeals to me, and is a bit more subtle than a Force choke.

I would have gotten Julia the one below, but it was only available in small children’s sizes. 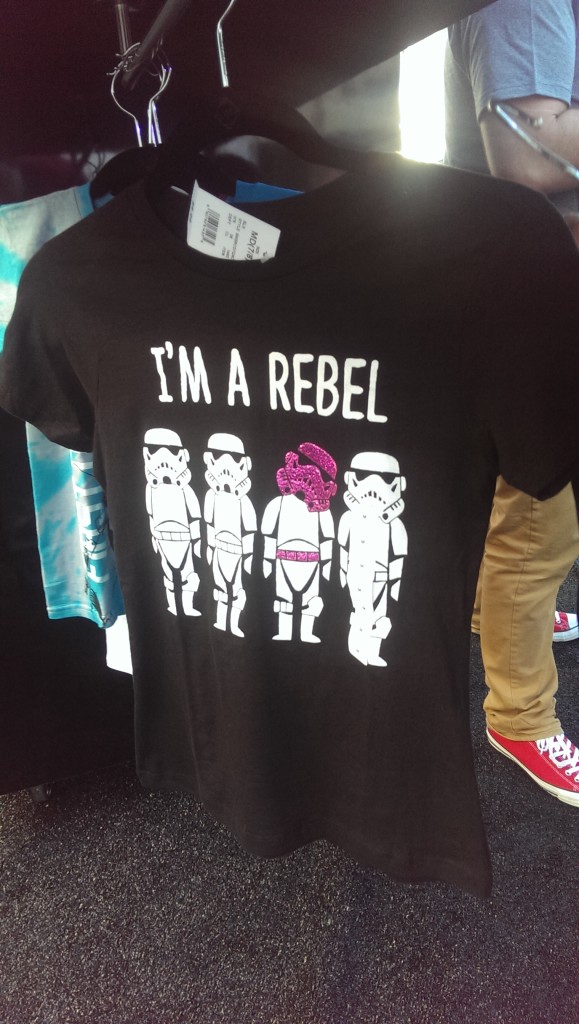 17. Where Peg-Warming Figures Go to Die. 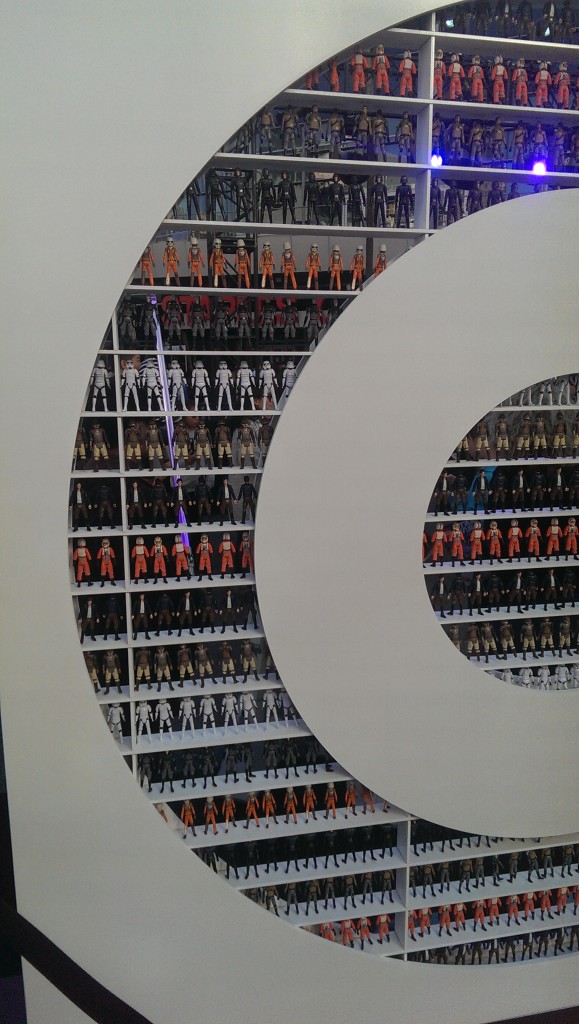 Here’s where all those extra Kanans and Ezras are. And here’s a coffee table filled with Skiff Lando for some reason. 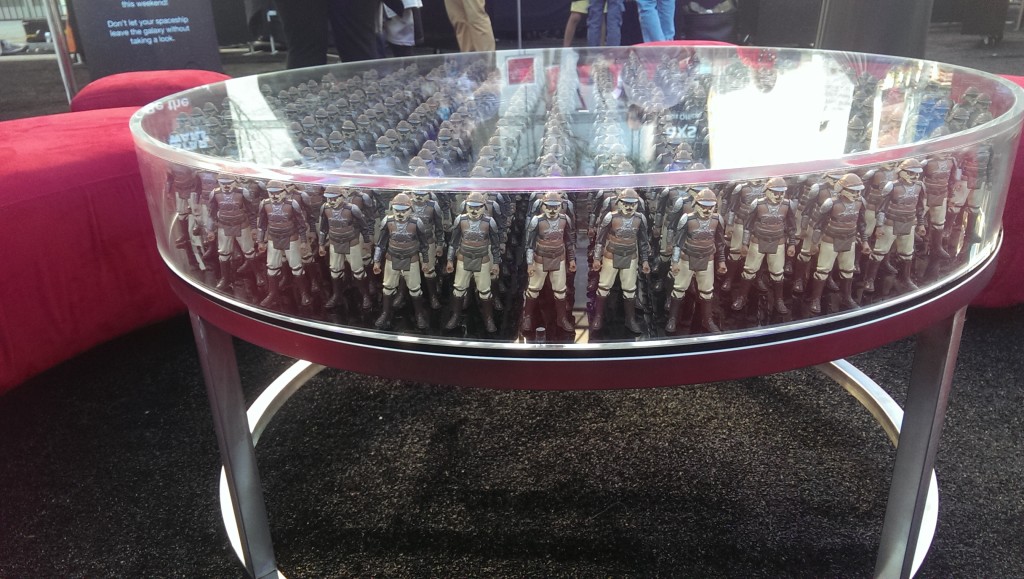 Here are two Jedi posing for photos, even though they look like nobody in the movies. 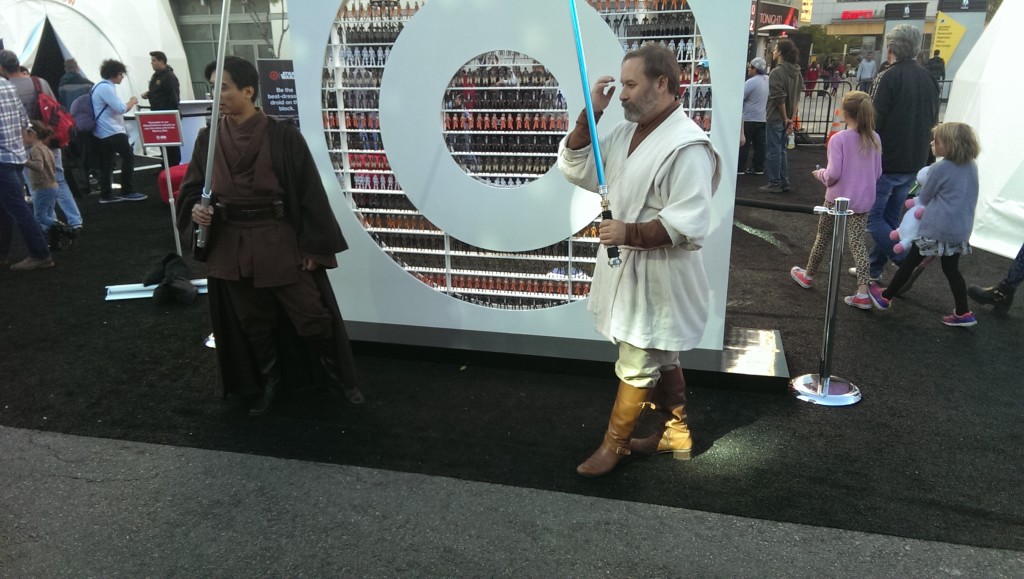 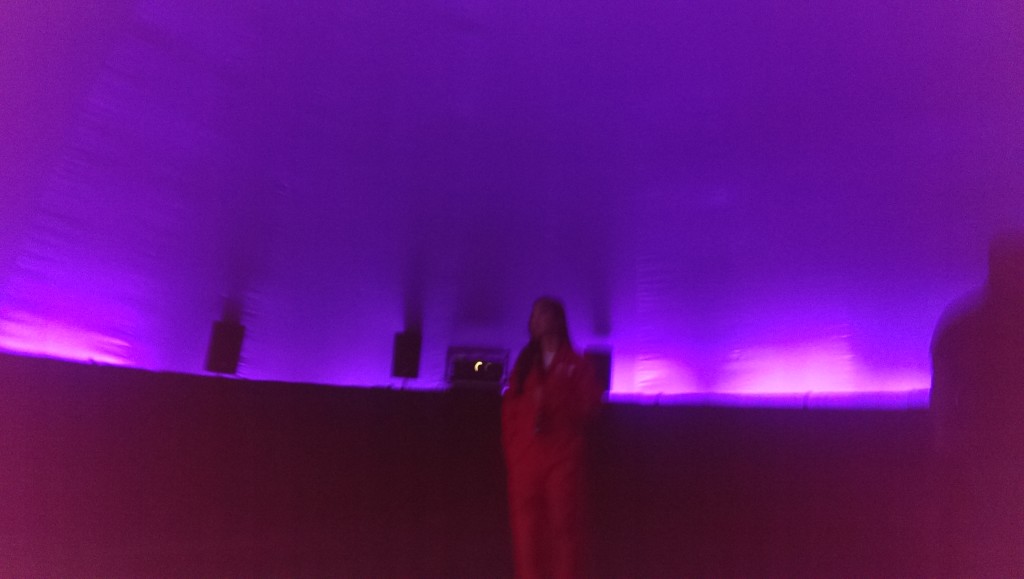 For the grand finale, we were ushered into a dome rigged up like a mini-planetarium, with multiple projectors covering the entire inner concave surface with a starfield that felt almost 3-D. As X-wings (the vintage kind) zoomed through this space, engaging TIE fighters with laser blasts synced to small wrist bracelets we had been given that lit up on cue, constellations appeared which resembled familiar faces: Yoda, Vader, Leia…then finally Rey and BB-8. After a hyperdrive trip we got to witness an asteroid field battle, before things finally came to a close as we approached…the Death Star. Er, I mean the big red Target logo. Same deal. Kind of.

I got to keep the bracelet. It now lights up every time I tap it. 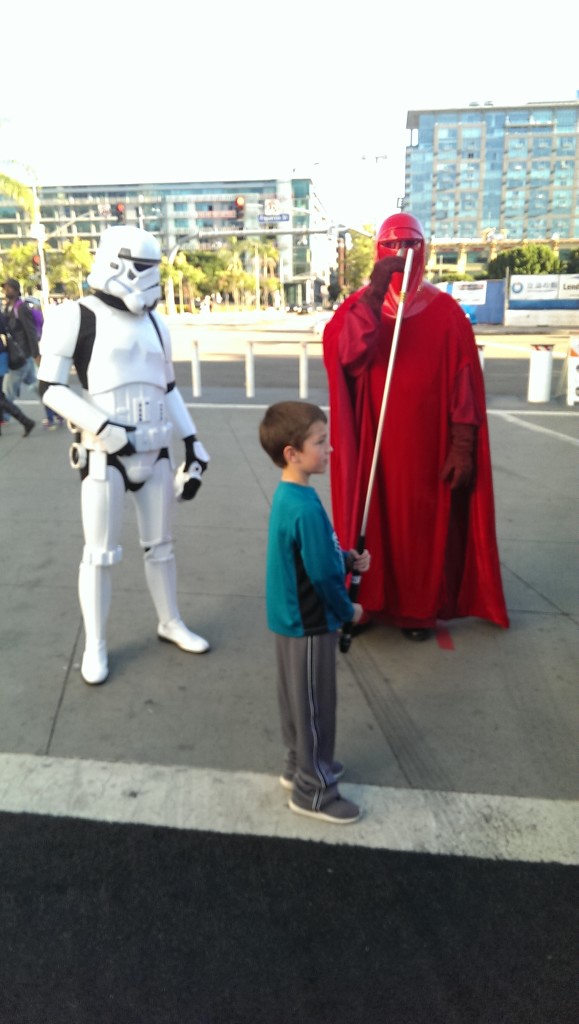