J.J. Abrams’ monster movie Cloverfield has been pretty damn secretive, but again, there is nothing that movie possesses that the Internet cannot take away and show everyone. Assuming, of course, the pic on Movieweb (safely below the jump for spoiler-phobes) is real and not another fake-out from that wily Abrams and crew. The good news is that Movieweb says the monster in the pic was definitely created by Cloverfield art director Peter Konig; the bad news is that the pic is either of a model or a toy. Anyways, the big bad after the jump: 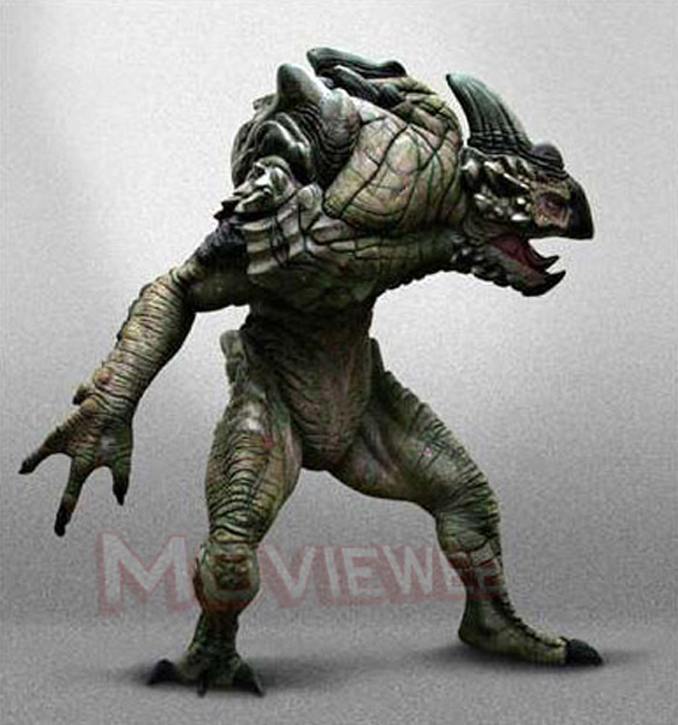 If it is indeed the real deal, then I judge the Cloverfield monster to be delightfully Toho-ian, and a seemingly worthy peer of Godzilla, Mothra and the rest. I certainly hopes he/she/it eats a great deal of the whiny, self-absorbed 20-somethings that seem to be populating the flick.

And in case you haven’t seen it, here’s the YouTube video with a pic of a different (and far goofier)Cloverfield monster, with a lot of theorizing as a bonus

I prefer the toy version, myself. (Via WWTDD) ? Rob