In case you couldn’t make it out to the Stan Lee art tribute on Monday, Under the Influence, L.A. Weekly proper’s got a 41-picture slideshow of the art and show (with guest appearance by Stan the Man) which is pretty damned awesome. Here’s one to whet your appetite: 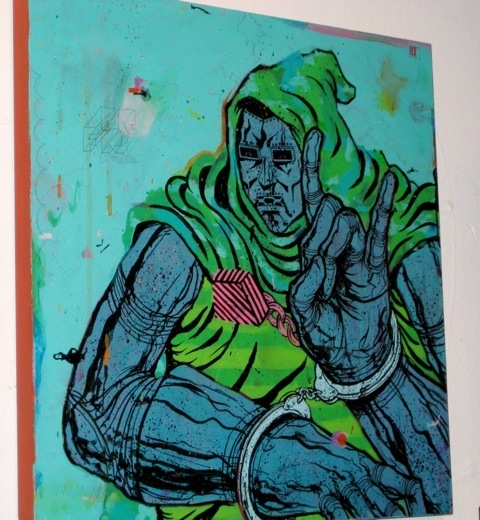