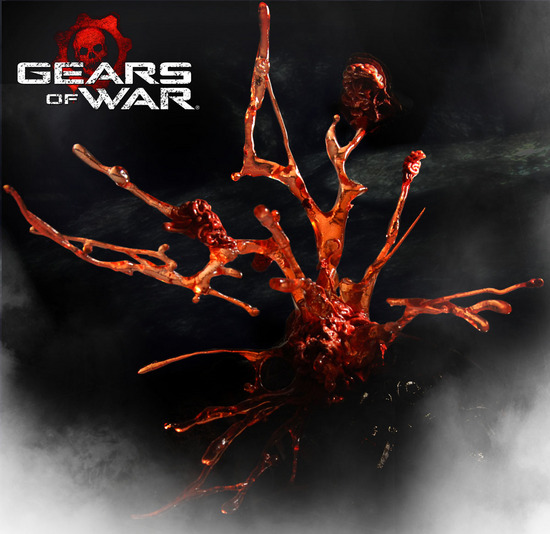 NECA just sent over this teaser pic of a new Gears of War figure they’ll be debuting at the NY Toy Fair in a few days. I’m not a huge fan of the game, but if they’ve made an action figure of one of the main characters with his head exploding this violently, I will absolutely buy one. Check out the distance on that hunk of cerebellum!