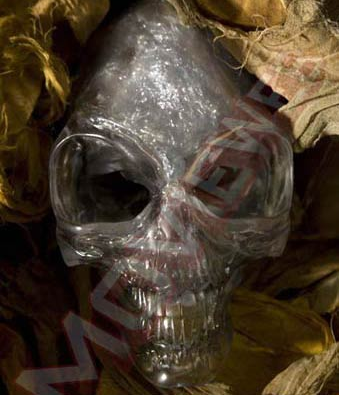 Filmdrunk, by way of MovieWeb, has a pic of the Crystal Skull, Harrison Ford’s co-star in Indiana Jones and the Kingdom of the Crystal Skull. While indeed crystal, the titular skull is…well…it’s really fucked-up looking. Is it a monkey skull? An alien skull? Are people prepared for Indiana Jones, having dicked around with the Holy Grail and Last Ark of the Covenant, to be screwing around with aliens? I’m not.