Speaking of Knight Rider, shots of the new KITT’s interior have surfaced just before the new TV movie airs this Sunday, and they look pretty sweet. I don’t have to lavishly describe them, though: 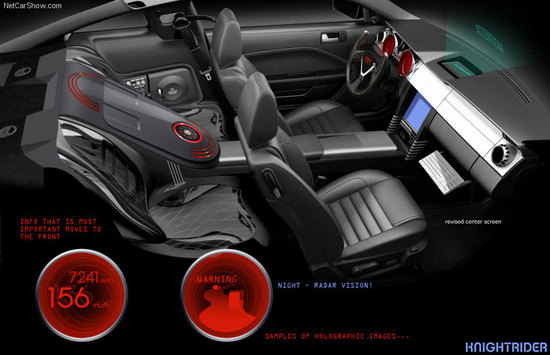 Nice, right? Well, the bad news is while the car looks great, the TV movie is clearly a steaming pile of shit. Whoever’s playing the new dude?after watching the clip, I refuse to look up his name (you’ll see why)?seems to by a graduate of the Ashton Kutcher School of Acting, where he graduated with a C- average. I don’t think even Will Arnett’s voice could have saved this atrocity, folks. Watch at your own risk.