Diamond Select has made toys and collectibles for a ton of properties over the years, but a great deal of what they showed at the Fair were the toys that make sci-fi nerds get up in the morning. Seriously. First it’s their new line of old-school Mego-style Star Trek figures, with cloth outfits and all-new figures like KAAAAAHHHN: 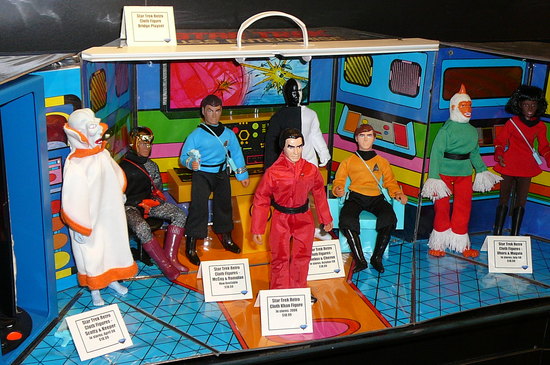 The regular action figures of the Star Trek TV series and movie crews include the Amok Time Kirk n’ Spock two-pack, some Deep Space 9 figures, and some Borgs: 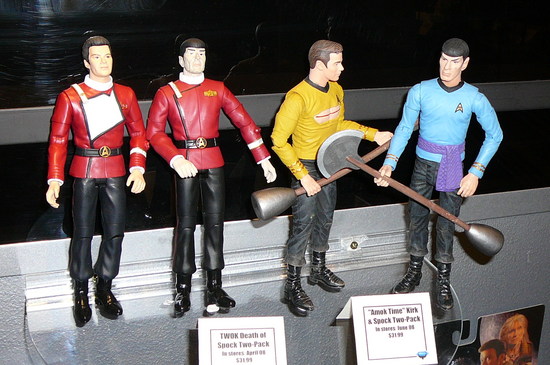 They had plenty of Stargate SG-1 and Atlantis figures, too, but since I’ve avoided all knowledge of Stargate over the years, I’m giving you pics of their new Battelstar Galactica figures instead. June’s Wave 2 will include Starbuck, Kat and a Cylon Centurion, and Wave 3 includes Husker, Kendra, Gina and an old-school Cylon, due later in 2008: 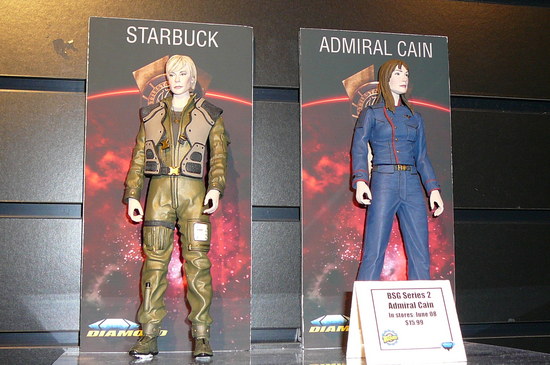 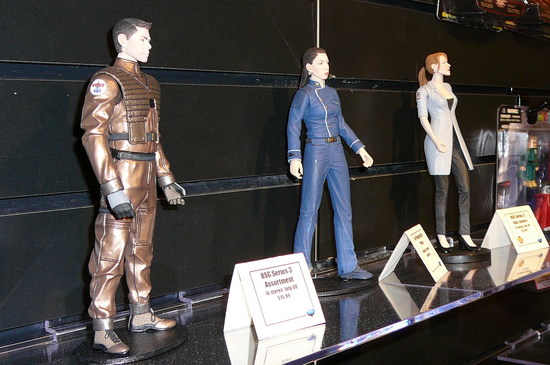