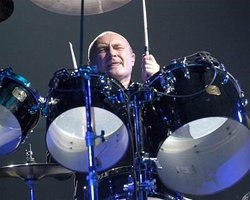 Every time Rock Band releases new downloadable music, two depressing thoughts come to mind. The first is, ?Goddammit, how many Police songs do we need?? The second is, ?I?m never going to experience a Phil Collins song in fake band form, am I?? Because no matter how many thousands of great tracks eventually get released, Rock Band?s format is ultimately limited to including songs that contain bass, drum, guitar and vocal parts. So, if you think about it, a lot of songs you probably love are simply incompatible with your favorite rhythm game.

While this formula?s been stretched to include rap (see: Beastie Boys), electronica (see: Nine Inch Nails) and toilet cloggers (see: Garbage), each of those songs still contain the four basic elements that allow everyone to play together. Sorry, Ben Folds fans: you?re boned. Here are just a few mind-blowing songs you?re, quite regrettably, never, ever going to experience on Rock Band. I welcome your hopeful additions to this list in the comments section.

1) ?In the Air Tonight? by Phil Collins

Why It Rocks: Not content to let his face do the creeping out, Phil Collins peaked artistically with this ominous and eerie rock dirge about his plan to blackmail a dude. Anyone who hasn?t wanted to pound the drums at the song?s cathartic climax HAS ALL BEEN A PACK OF LI-ES! The video link best illustrates this primal urge.

Why You?ll Never Play It: Besides being a Phil Collins song (a guitarless Collins song, at that), this track contains over three minutes of hard-on inducing vocal and synthesizer build-up until the inevitable drum-filled money shot. And, within a minute of drum banging and reverb spooging, it?s all over. Unless Rock Band decides that letting the rest of the band sit around with their thumbs up their asses singing ?Sussudio? until the last 30 seconds of a song is a good idea, it won?t make the cut. The closest you?re going to get to performing ?In the Air Tonight? is on the paltry Karaoke Revolution Presents: American Idol Encore. Sans drums.

Runner-Up: Journey?s ?Don?t Stop Believin?? a surprisingly short masterpiece that, like ?In the Air Tonight,? frontloads the piano and vocals for the first couple minutes.

Why You?ll Never Play It: Like every prog rock rock jerk-off session from Rush to The Mars Volta, Yes? ?The Heart of the Sunrise? is rich with math-rock time changes, quirky organ breaks, pinched vocals that make your nose bleed, and no desire to end anytime soon. But without this song, you wouldn?t be bragging about Dragon Force to your buddies. But despite the song?s stellar opening and closing bookends, there is, unfortunately, an actual Yes song wedged into the middle.

Runner-Up: ?Yours Truly, 2095? from E.L.O.?s Time concept album. Unless Rock Band comes out with that ?Robot Vocoder? peripheral next year, that is.

3) Every piano rock song ever made by Billy Joel, Ben Folds, et al.

Why It Rocks: True piano rockers don?t tickle the ivories so much as they stomp them in the balls. Much respect to guys like Ben Folds and Elton John: because rocking a piano is an uphill battle in a world where Metallica exists. Elton John even did it in a Donald Duck suit, that sly bitch.

Why You?ll Never Play It: Fairly obvious. While a piano peripheral was once rumored (which will hopefully lead to the keytar piano/guitar hybrid peripheral, if there is a God), don?t hold your breath. That means ?Tiny Dancer,? frat-boy favorite ?Piano Man,? Fiona Apple?s ?Criminal? (a.k.a. ?Pre-Teen Pussy Riot!?), ?Great Balls of Fire,? Ben Folds? blistering ?You to Thank? and Little Richard?s entire catalog will sit idle as we?re forced to play ?Last Train to Clarksville? instead. The Monkees: proof that guitar and drums does not a rock song make. Oh, Andrew W.K., how will we know when it?s time to party without your piano plinking in the background?

Runner-Up: Any song by Tom Waits involving his piano, experimental marimbas and a Cookie Monster death howl. So, pretty much everything he?s done.

Why It Rocks: In the ?90s, there was a cheese whiz-sized hole in every man, woman and hipster that only one man could fill. Beck arrived at time when parents were concerned with choking on splinters, phony gas chambers and, most notably, beefcake pantyhose. ?Loser? pointedly addressed all these issues and more.

Why You?ll Never Play It: I?ve never tried to play a plastic guitar with a bottleneck slide, but something tells me it?s required to mimic the endless hook in ?Loser.? Factor in dreamy sitar solos and extended drums ?n? rapping in lieu of guitars, and your more likely to figure out how to shave your face with some mace in the dark. Yo, cut it.

Runner-Up: The sitar and drum heavy ?Don?t Come Around Here No More,? by Tom Petty.

Why You?ll Never Play It: While Van Halen songs will no doubt surface eventually (except for the synth-heavy ?Jump,” perhaps), the last time I checked, all songs that prominently feature a double-bass pedal are right out. This makes a drum section as badass as Alex Van Halen?s pretty much impossible. That, and they have to figure out how to make Eddie Van Halen?s finger-tapping solos, you know, possible for human beings.

6) ?The National Anthem? by Radiohead

Why You?ll Never Play It: Squelchy, free-form horns, an electronic doodlebox instead of guitar, the same driving bassline all the way through, and some subtext about the machines taking over (I?m sure). But if this song doesn?t possess your body and cause you to flail around, get thee to a Radiohead concert, child! It?s all-consuming rock weirdness. Too bad you?ll never play it on Rock Band.

7) ?Fell In Love With a Girl? by the White Stripes

Why It Rocks: Lego video notwithstanding, this is about as bare bones punk rock as you can get: two people, two instruments, two minutes long. Helps that it?s catchy, and that I?d like to rub myself all over Meg White?s baby fat.

Why You?ll Never Play It: Rock Band?s format includes the bass guitar, which is useless in this song, and in most of the White Stripes early material. You?ll never play this song in the game because, as we all know, bass players are crucial to a band?s popularity and success. Just ask Sting!

Runner-Up: ?Ooh La La? by the Faces, an amazing (yes, amazing) Rod Stewart singalong featuring claps and tambourines in lieu of drums, and no bass guitar.