Menu
Home
>
Toys
>
At Botcon, Up is Down, Left is Right, and the Autobots are Evil 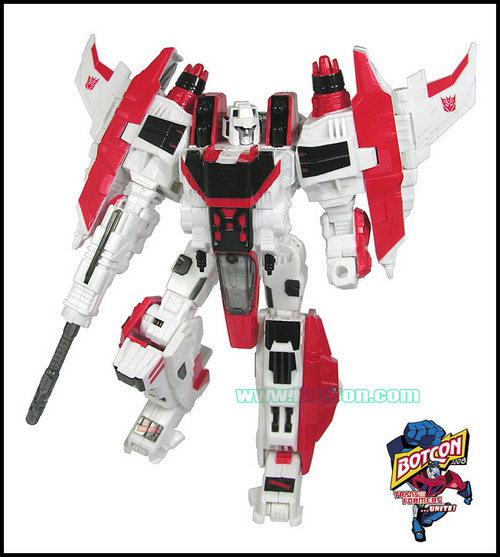 So Zach Oat, my buddy, frequent TR contributor and editor of ToyFare magazine, just asked me to go to Botcon next month, the Transformers convention. I knew the con usually had a ton of Transformers toy exclusives, but I didn’t know this year had a theme?specifically, if the Decepticons were good and the Autobots bad. Above, you can see Starscream repainted in Jetfire colors (note the Decepticon logo is in heroic red), but the real treat is the Autobots: 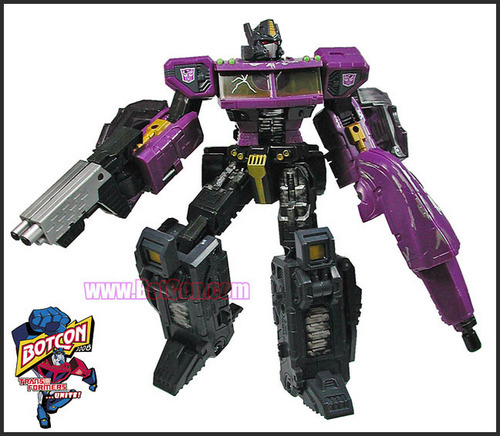 Yes, that’s an evilly black-and-purple Optimus Prime, but in his truck mode, he’s got graffiti on him reading “Til All Are Gone,” the nihilist version of the Autobots’ rally “Til All Are One.” I find this as awesome as it is nerdy, and it’s pretty goddamn nerdy, obviously. If you check the Botcon site, you can see evil Grimlock, evil Jazz (whose windshield reads “Massacre Racing,” [instead of “Massa Racing”]which is also totally awesome) and a few others.