Menu
Home
>
Merchandise
>
Geek Apparel of the Week: Turn It Up, Soundwave

I had an unspoken rule with myself not to feature any faux-distressed, fake-’80s T-shirts in “Geek Apparel of the Week,” but damn if this hasn’t broken past my emotional defenses: 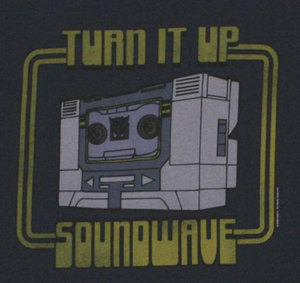 I approve of an ’80s cartoon shirt that doesn’t explicitly mention what show it’s from, and I always approve of Soundwave. The shirt is $22, and available here at 80stees.com. The real question is: Can you wear this shirt and be as cool as 80stees’ shirt model? 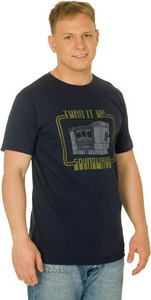 Frankly, no. You cannot.