Menu
Home
>
Anime
>
Seriously, What the Hell is the Dragonball Film Doing? 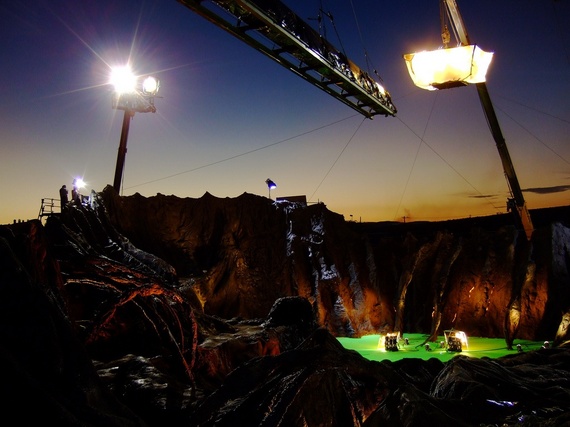 I’ll be the first to admit that Dragonball and Dragonball Z is not holy scripture, and could stand to be tweaked to become more broadly appealing to mass audiences. But what the hell is this green pit of goo, snapped by someone calling himself Troy Mustang (*sigh*) and shown on Slashfilm? “Not sure what the set involves”? Me either, pal, and I’ve read all 42 volumes of the manga, which has a total of zero goo pits in it, green or otherwise. Why even call the movie Dragonball if the only similarity to the original is that it has a main character named Goku? Why not just re-release No Country For Old Men with the title of Dragonball instead? It just can’t be more ridiculous.