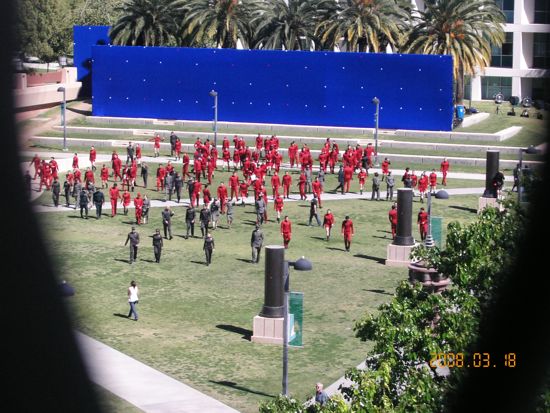 Some fan snuck this pic of the still-in-progress Star Trek movie while it was filming at Cal State Northridge. Given the huge crowd or red-shirts in the pic, Forever Geek has a theory that it’s some kind of Starfleet Academy graduation scene or something. My theory is that since so many expendable characters have come together, they’ve summoned a large asteroid, which will annihilate them shortly. Of course, they could also have banded together to kill all the movie’s main characters, in hopes of a few of them surviving.