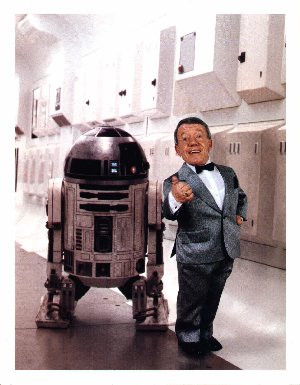 They may be small, but little people have always been able to entertain regular-sized folk in a big way. We’re not trying to be mean-spirited (for once! Okay, mostly!)?because of their unusual size, midgets have been able to take roles no one else could take, do thing no one else could do, and put a smile on our face in ways no one else probably should. So we here at Topless Robot thought we’d salute the nine most entertaining little people, and recognize them in all their diminutive glory. 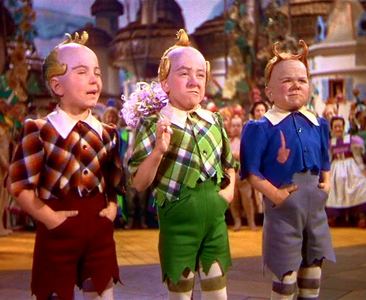 By their very nature, guilds are pretty freakin’ cool, and midgets are effin’ rad, so any midget guild that wishes to welcome you to Munchkin Land is all right in our book. The Wizard of Oz would not have become the classic it is today without this tiny gang.

8) The Midget Who Got Electrocuted on The Amazing Race 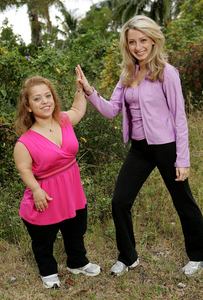 Because Topless Robot is a research-intensive site, we know that sometime during the Amazing Race‘s long run, there was a midget contestant named Charla who got electrocuted. And that is AWESOME. (Incidentally, in the picture above, she’s on the left.) 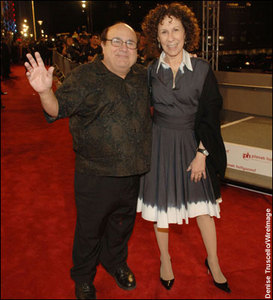 Okay, maybe they’re not technically midgets, but still, they’re pretty damn short. And both Cheers and Taxi were incredibly entertaining, so it’s good enough for us. Still, the idea of them having sex is about the most horrifying thing ever. 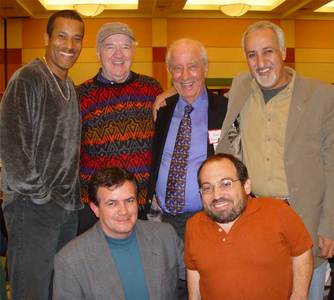 Mickey (Danny Woodburn), Kramer’s cohort on Seinfeld, was a loyal friend willing to go in on any scheme or get rich quick idea you could think of. Just don’t ever steal his cirrhosis. That’s the Hamlet of diseases, and you best not try to take it from him. 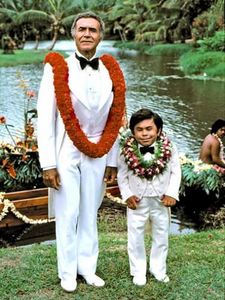 Come on, who wouldn’t want a little guy in a white suit excitedly pointing out planes to you while you’re lounging on your own personal island? Actually, we don’t even need our own island. If we just had a midget in a white suit pointing out things to us all day long, life would be worth living. 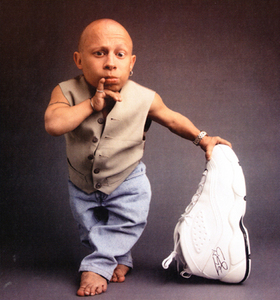 Sure, his only claim to fame is starring as Mini-Me in the second and third Austin Powers movies. Still, this pint-sized oaf won the hearts of America when he drunkenly pissed in a corner on The Surreal Life. You stay classy, Vern Troyer!

Kenny Baker, a.k.a. the guy who played R2-D2 in the Star Wars movies, is a seriously badass dwarf. First of all, he’s one of two people to appear in all six Star Wars movies. Secondly, he’s 3’8?. We’re pretty sure that people have taken craps bigger than him. Thirdly, this guy’s probably so rich from Star Wars royalties that he probably just wipes his ass with dollar bills while you’re scramblin’ for the Charmin after your 3’8? long dumps. Fourth, look at him! 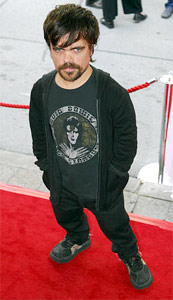 Peter Dinklage flexed his acting chops in The Station Agent, proving that little people don’t have to be typecast as elves, dwarves, and trolls. Sure, he appeared in Elf, but not as an elf. The man knows when to take a stand, people…even if that stand is only about 4 1/2 feet tall. 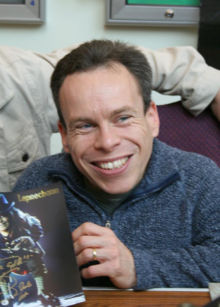 It’s only appropriate to celebrate the Leprechaun on Leprechaun Day. This man is the DeNiro of dwarves. The Martin Scorsese of midgets. The Pacino of…uh, the very few people who are littler than Pacino. Warwick Davis has done it all. He’s starred in Willow, Labyrinth, the Harry Potter movies, the always-funny-when-you’re-drunk-at-midnight Leprechaun franchise, Ray, the Hitchhiker’s Guide to the Galaxy, and pretty much any other movie you can think of. To Warwick we lift our pint glasses and salute you, for you are the awesomest little person we could pick up and toss like a horseshoe.