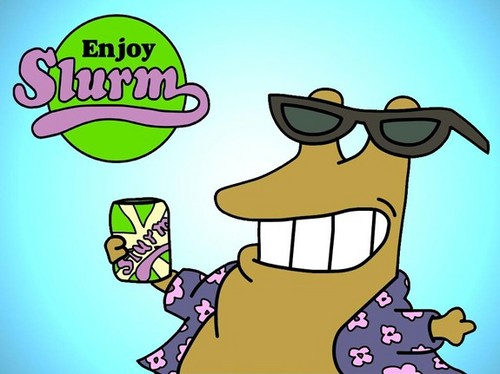 Fox has applied for a trademark for Slurm, better known as the carbonated beverage of choice in the year 3000, as per Futurama. It is indeed secreted from a giant space slug’s keister, but it’s highly addictive, so that’s okay. Gizmodo says the trademark covers:

I have no doubt this will be less an affront to my tastes buds than a soy sauce-flavored Kit Kat.