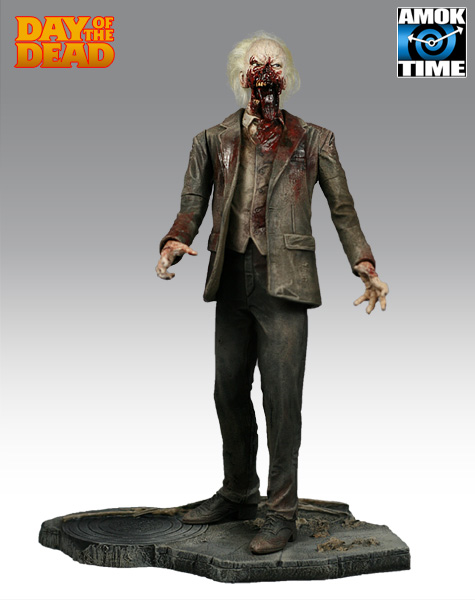 Remember Amok Time’s first foray into action figures, including Day of the Dead? They sent a pic of figure #2 in the line (after Bub), and darned if it isn’t that lothario known as Dr. Tongue. Amok says: “The figure includes: Display base, 7 points of articulation, rubbery tongue and real hair!”

Rubbery tongue and real hair? Yum! Dr. Tongue won’t be seeing patients (or the ladies) until November, but that shouldn’t stop you from pre-ordering him here.