Menu
Home
>
Anime
>
Marvel’s Trying the Manga Thing Yet Again, Having Learned Nothing

Remember Marvel’s Mangaverse, the Kia Asamiya X-Men run, or any of the other times Marvel has tried to siphon off some of the huge manga audience for it’s American superhero books? Yes? No? Doesn’t matter, because none of those ideas worked. Well, Marvel has had the same idea yet again, and this time time they’re going to make Del Rey do it.

Del Rey will co-publish manga-style versions of Wolverine (that’s Wolvie above) and the X-Men in 2009, in manga format and all that. No Japanese artists will be used or harmed in the making of these books. And yet again, the regular comics fans won’t buy them because they’d rather just buy the regular comics, and manga fans won’t buy them because they’d rather buy popular manga. Although I do appreciate that the X-Men artist has drawn the Beast exactly like Totoro. 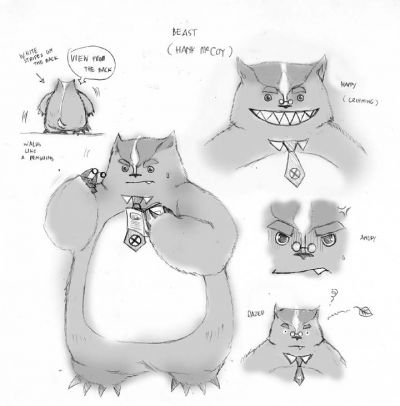 There are more pics of Kitty Pride (looking like Yuffie from FFVII), Iceman (bishonen) and Nightcrawer (furry bishonen) and some Wolverine characters I’ve never heard of here.