Menu
Home
>
Cartoons
>
Would You Watch a Cartoon About Magic Lesbians? 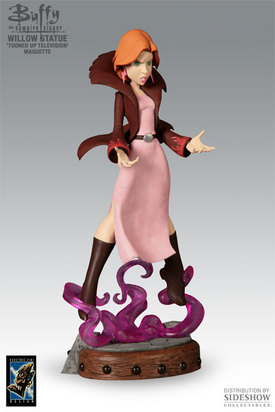 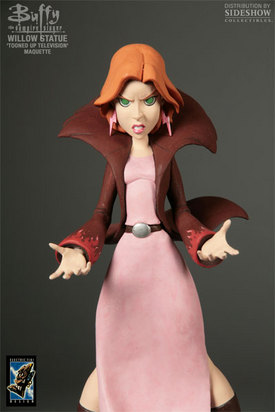 More importantly, would you buy a statue of a cartoon of a magic lesbian? Sideshow Toy and Electric Tiki hope the answer is yes, because they plan on releasing this “Tooned Up” Willow statue from Buffy the Vampire Slayer this fall. Willow is 10-inches tall and will run $90 when she’s released; for those of you keeping track at home, Willow is the second in the Tooned-Up Buffy line after Buffy herself (assumably Angel, Spike or Xander will follow). You can pre-order her here. (Via Action-Figure)