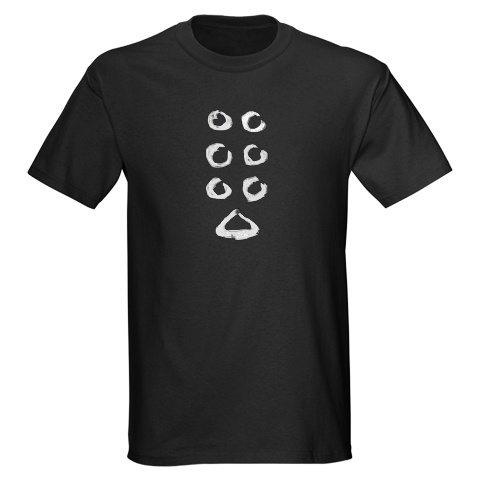 All right, film geeks, it’s time to represent. You should know what this is?the flag representing a certain band of seven samurai from a certain famous Akira Kurosawa film (you get no credit if you’ve just figured it out); the triangle represents a drunken Toshiro Mifune, as per usual. As with the best geek shirts, only your fellow film nerds will know what you’re representin’. At $20, it’s a hell of a lot cheaper than hiring someone to defend your village from bandits?buy it here.