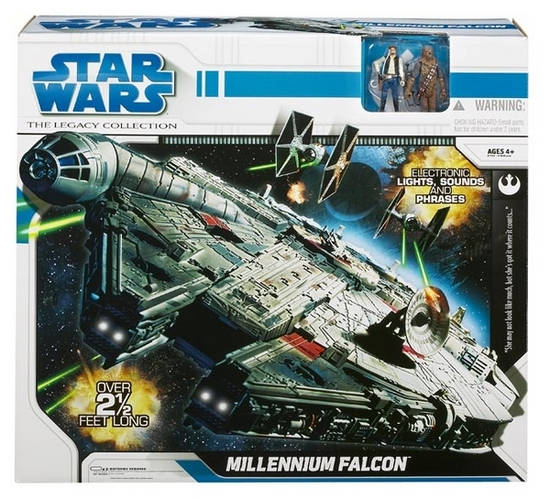 All the rumors are true?the new Millennium Falcon toy from Hasbro will be the coolest toy/vehicle/playset ever made. Hasbro’s going to make it available at SDCC first, then it should hit stores soon after, according to Hasbro. Besides the Han and Chewie figures seen up top, here’s the long list of features:

The expected price is around $150, which while expensive, seems totally reasonable for 2 and a 1/2 feet of toy bliss.