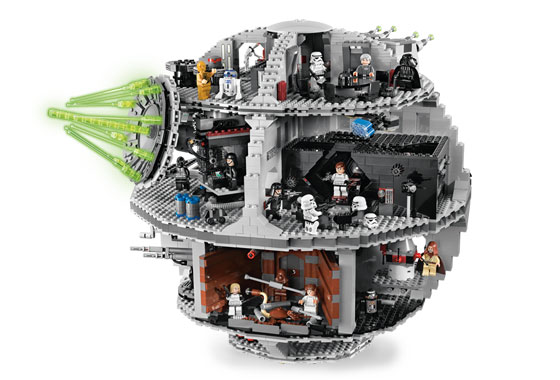 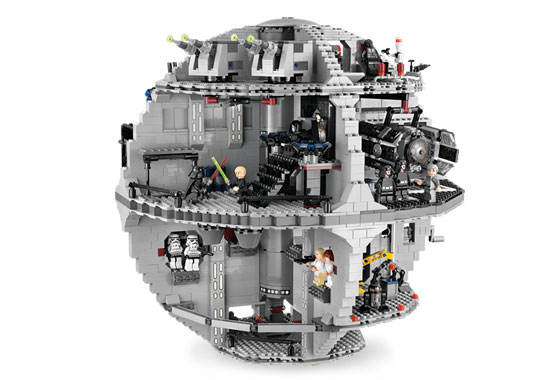 Lego has revealed their big toy for the year, and it’s no moon. It’s a 16-inches tall, $400, totally awesome representation of the Death Star, with God knows how many pieces. Look at this list of features:

See more pics over at Lego, where you can also pre-order the set before it arrives in September. Even at $400, I doubt this thing will be sitting idly on toy store shelves, so pre-ordering might be the way to go.