Menu
Home
>
Merchandise
>
Geek Apparel of the Week: How About a Magic Trick? 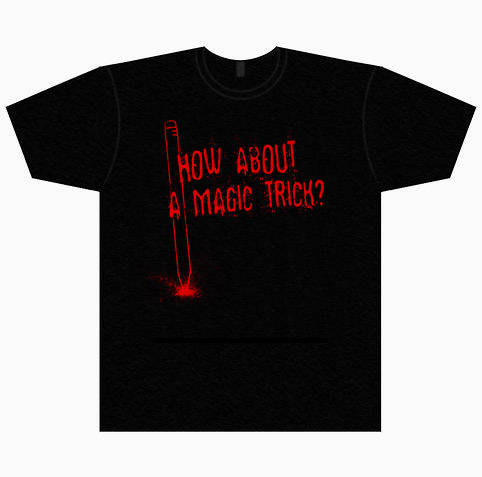 I wanted to post the Geek Apparel of the Week a little early, just so I could concentrate on the SDCC news later in the afternoon. Happily, the fine folks over at Bamkapow made this much easier by sending me this pic of their first shirt, inspired by a very memorable scene from The Dark Knight. It might not be the most aesthetic geek shirt I’ve featured, but let’s face facts?it was one of the most badass moments in a thoroughly badass movie, and anything that lets us remember it is aces in my book. Go buy it here for $23.