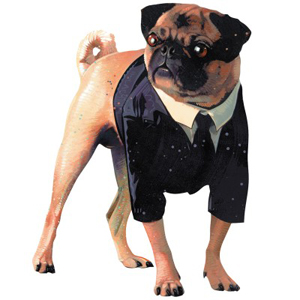 Back in the late ’90s, when DVD was unveiled to the world as the successor to the throne of VHS, people marveled at its amazing storage capacity and the potential it had. After all, with all that extra space, movie studios could load up their home video releases with awesome director commentaries, deleted scenes, concept art galleries and making-of documentaries. Many a nerd cheered.

As time wore on, however, it became increasingly apparent that while the occasional insightful director?s commentary or well-made behind-the-scenes documentary added a lot of value to a DVD release, the studios were slapping some pretty sketchy features on their discs to sucker people into buying them (sometimes for the second or third time). And now, with the advent of Blu-ray, with even more storage capacity, the studios had to come up with even more pointless junk to fill up the disc. Here?s a look at the most worthless DVD and Blu-ray special features out there. 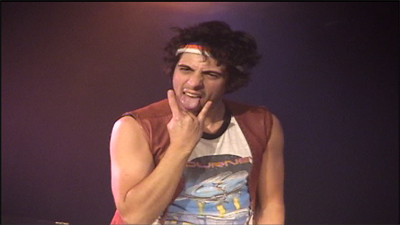 A few years ago in a desperate attempt to get people to buy the Bill & Ted movies again, MGM repackaged the existing DVDs with a third bonus disc, ?Bill & Ted?s Excellent Non-Bogus Disc.” It included of all things an episode of the wretched cartoon from the early 90?s, alongside a bunch of completely pointless documentaries about Bill & Ted, the people who created Bill & Ted, and this little gem, a total waste of time where two ?professional? air guitar players?stage-named ?Bjorn Toroque? and ?The Rockness Monster???teach? you how to be ?professional? douchebags like they are. Basically, it?s 13 minutes of these two tremendous losers flailing around wearing ironic outfits and giving the audience tips on how best to look like the world?s biggest asshole on stage. This was produced in the days before air guitar was phased out on a national level in favor of playing little toy guitars thanks to Guitar Hero, which adds a new level of pathetic to the whole thing when you consider what these two idiots might be doing with their lives now. 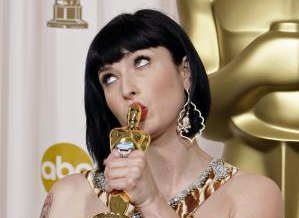 The Ultimate Matrix box set includes one of the absolute best commentary tracks ever recorded. Fully aware that lots and lots of people burned with fiery hatred for the two Matrix sequels, the Wachowski siblings saw fit to include an awesome commentary track with three movie critics who didn?t like the films. The result is hilarious, informative and makes you respect the Wachowskis a little more. The problem is, to counter that commentary track, they also invited two philosophers, Dr. Cornel West and Ken Wilber, who basically spend six hours jerking off to how immensely profound all three films are. It?s not so bad for the first movie, which still holds up today, but for the last two films, they?re basically making tremendously pretentious excuses as to why these films don?t actually suck ass, they?re just so symbolically complicated that you don?t get it. Dr. Cornel West (who is actually in the sequels) is an insightful guy when he?s on talk shows or writing about stuff that isn?t The Matrix, but here he kind of embarrasses himself. It is probably the most boring commentary track ever recorded, and that?s saying something, considering Brett Ratner does commentary tracks for his movies.

Zack Snyder?s 300 was one of the most hotly anticipated movies to arrive in high definition, and on it?at least on the now-useless HD-DVD version, soon to be converted to a special edition Bluray release?was this brilliant feature: the ability to watch the entire film without any of the green screen effects. Given that approximately 99.9 percent of 300 takes place in front of a green screen, what this boils down to is the option to watch a bunch of ripped dudes in leather underwear prance around interacting with nothing in a green room. 300?s rampant homoerotic xenophobia is pretty amusing and, dare I say, entertaining when the green screen is turned on, but it?s impossible to tell what possessed them to include this on the disc as though anyone would ever want to watch Gerard Butler yelling at nothing in a speedo for two hours. 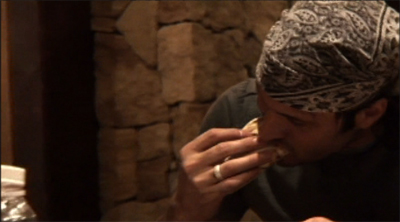 By now everyone knows Robert Rodriguez pretty much lives inside his own ass. He, along his best pal, the vastly more talented Quentin Tarantino, has decided that he?s an edgy filmmaking maverick who plays by his own rules (said rules involve making hacky genre flicks starring your family, filmed in your backyard). Instead of saying ?Directed and Edited by? in his film credits, Rodriguez uses ?Shot ?n Chopped by?, so you know he?s truly the rule-breaking edge-walking badass he claims to be, even as he excretes terrible family films like Spy Kids 5: Who Gives A Shit. On the almost completely unnecessary ?Recut, Extended and Unrated? version of Rodriguez? love letter to Frank Miller, Sin City, he included a 7-minute featurette where in he makes breakfast tacos. That?s right, you get to see Rodriguez, fully decked out in his douchey bandana, make tacos. Why? It?s unclear; I guess they ate a lot of breakfast tacos while making this movie so he thought we?d all give a shit about his taco-making skills. Then again, this set also includes an audio track where you can hear the audience at the Austin, Texas premiere of Sin City overreact to everything that happens by whooping and screaming and having nerdy heart attacks, so it?s clear they just let him put whatever the fuck he felt like on this set.

Sony recently re-released Men in Black on Blu-ray, timed in conjunction with the release of Hancock, and they actually put some effort into the film?s transfer and added some exclusive special features. While most of the features are just recycled from Men in Black?s other 45 DVD releases, the Blu-ray exclusives aren?t bad, save for one: Ask Frank the Pug. Most people who have seen Men in Black and its retarded little brother Men in Black II will remember Frank the Pug, the talking dog with a Brooklyn accent who is the unfunniest thing in a series of mildly funny action comedies. Sensing that the audience was thirsting for as much Frank the Pug as they could possibly handle, Sony saw fit to include this amazing high-definition feature where an incredibly poorly-animated Frank invites you to ask questions out loud and then select one of the few categories on screen (IE ?love?, ?career? etc). Frank then dispenses canned horoscope-like answers, none of which resemble humor in any fashion. It?s impossible to consider the sort of person who would actually find this amusing and would consider it awesome bonus material, but there?s probably some awful soccer mom out there who just loved it. Fuck her.

1) Every DVD-ROM Feature Ever 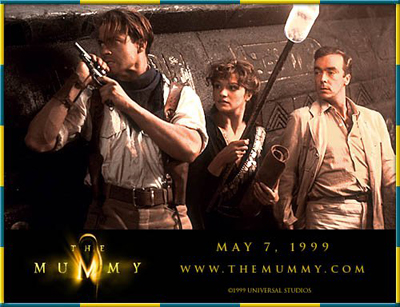 In the world of useless DVD extras, DVD-ROM features are the worst. It?s difficult to believe that any of them have ever really been worthwhile; they usually install intrusive, clunky software, and the result is a series of lame slapped-together Flash games, a PDF of the film?s script, storyboards (yawn), some extra-useless documentary featurettes that weren?t good enough to be on the DVD itself or worst of all, stuff that required you to use the internet. For example, The Mummy Special Edition featured a DVD-ROM feature where you had to install a specialized browser in order to access an internet site that allowed you to send people Mummy-themed E-Postcards. It?s bad enough that they thought this was a good idea, but if you ever actually got a Mummy-themed E-Postcard (presumably to remind you that your friend is the sort who wants to let everyone know he bought The Mummy on DVD, in which case, please make some non-horrible friends), you?d probably try to invent a way to punch the sender in the face over the internet. The worst part is, DVD-ROM features probably aren?t going away; Blu-ray players are internet-capable, so now you?ll be able to send people Mummy-themed E-postcards from the comfort of your couch. Here?s hoping the next iteration of Blu-ray technology enables the user to kick anyone sending E-Postcards in the balls without having to leave the house.