Oh, do I have a special treat for you today! This week’s installment of “Fan Fiction Friday” was picked out by none other than regular TR commenter/scalawag Friginator, who clearly hates me (and you) guys with such a passion that he found the following period piece, sure to send a shiver down your spine. Picture it?December 17th, 1944, the Ardennes. The thick of World War II.

Three tanks were in the distance, about a hundred feet through the forest, guarding both the Jeeps here and those stationed on the other side, too far away to see. No one stirred at the sound of a helicopter in the distance. They all knew the sound of their comrades, and the whirring blades were unmistakably American, most likely a supply carrier or a medic.

The only one who appeared to take notice was the smallest of the Jeeps, whose eyes opened a crack, though he didn’t move. He waited until the sound of the helicopter blades whirring ceased, antenna trained to take in the direction in which it had headed, due east. He waited for twenty minutes in silence, no birds or bugs active in the freezing night. A wolf or feral dog howled in the distance, but no one payed any heed to the sound of the harmless creature.

The tiny jeep drives off under the pretense of taking a leak, but instead drives?headlights off, lest he alert the enemy or his comrades?to a secluded clearing, where the helicopter awaits.

“I didn’t think you would come,” said the helicopter.

“I was hoping you wouldn’t, Rob, you’re an idiot to come out here,” said the Jeep. 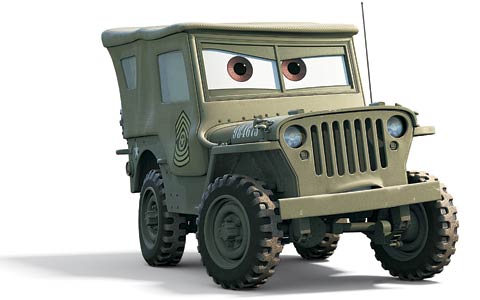 They both knew tomorrow would be a battle bigger than either of them had yet seen. They both knew their chances of surviving were slim. Though the forests of the Western Front seemed peaceful now, they knew that only miles away the Germans were stationed, and tomorrow they would meet them head on.

They communicated all these thoughts silently, the little Jeep hooking his front tires around the single front leg of the helicopter in a loving embrace.

Have you ever heard funny sounds coming from your car? Weird noises that you can’t explain? Well, your car may be gay.

William bit his bottom bumper to stifle a gasp as Rob’s tongue started to lap at his backside. He responded eagerly, though silently, and raised his back end for Rob’s convenience. It had been nearly a month since they had last seen one another. Every second here was precious.

Despite the helicopter’s huge size, he was lightweight for flight and exceedingly gentle to boot. Will trusted him completely as he mounted him, his canvas backside caving slight beneath his front wheel. Neither of them could afford to express their pleasure in anything other than whispers. Both helicopter and Jeep started to breathe heavily, creating clouds of moisture. Rob’s tail curled inward slightly as he arched his backside inward to bring his streamlined shaft to the Jeep’s undercarriage. Due to their blades, helicopters mated in the air, and it had taken him many tries to learn how to make love to Will. He knew better than to enter him, he was simply too large, but instead their members brushed together as he thrust against the Jeep’s underside.

He worked slowly at first. He could tell by the way William squirmed and panted beneath him that he was doing his job right, and he thrilled as their excited shafts bumping together repeatedly, watching William’s breath billow with fascination. Had they not been in their current situation, perhaps they would have slowed down and taken pleasure simply in the act of their love making, but each knew better. Robert started to work at a frantic pace, gently shushing William as he started to moan beneath him.

The helicopter did his best to subdue his feverish huffing as they both came together, their seed mingling and dripping to Will’s undercarriage and then to the forest floor. Robert dismounted and gently flipped the still panting Jeep against a tree, who gladly submitted as he was held in place by a helicopter tire and licked clean. The two then rested on their undercarriages on the forest floor, both with their eyes on the horizon. At the first sign of light, the Jeep would have to leave and prepare for battle.

If you’d like to read the whole thing, by author Grips, please be my guest. I actually didn’t leave out any of the fucking, because I was so amazed by it, plus, it’s hard to get too graphic when the fuckees don’t have genitalia. Please make sure to give your thanks to Friginator in the comments?and by that, I mean death threats, of course.