Menu
Home
>
Merchandise
>
Geek Apparel of the Week: I Want You Inside Me 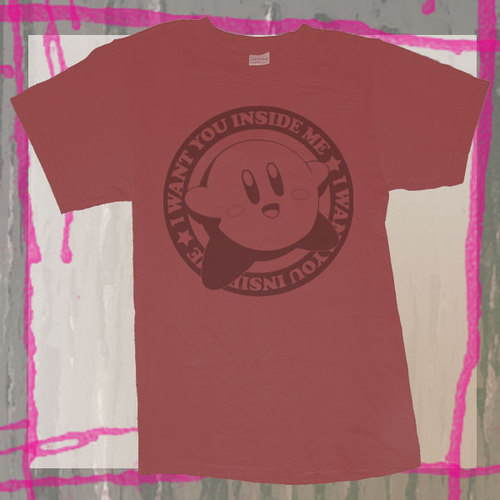 When Kirby says it, it means he wants to swallow you whole and use your abilities to fight King Nenene. When I say it, I get slapped at best, and spend a night in the pokey at worst, like when I said it to that undercover officer. Still, it’s a bold statement for only $17 (courtesy of Shark Robot).