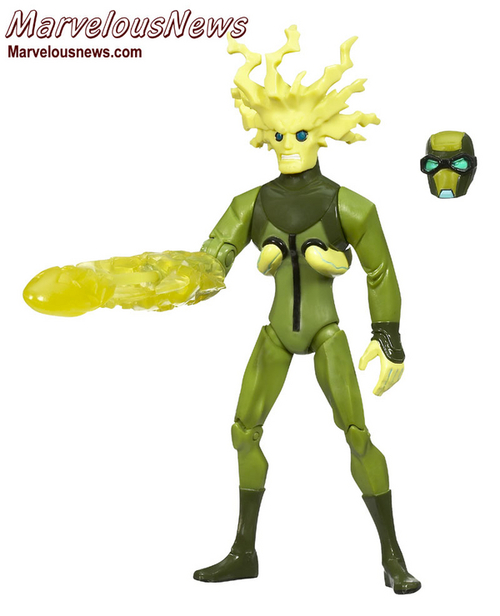 ToyNewsI has pictures of Hasbro’s third wave of toys from the Spectacular Spider-man cartoon, which includes a red/blue Spidey and a black Spidey (as required by law), as well as the new Rhino and new Lizard, who, in the cartoon’s style, are 80% torso. The fifth new figure is Electro, who seems to be in…well, he’s in bad shape, frankly. His whole damn head is made of electricity, although he still has his eyeballs and teeth, which must be uncomfortable to say the least. But what I’m most disturbed about are the two tubes running from his chest into his back, and are connected to nothing. If they’re not bringing anything in, then they;re circulating something…and the only reason I can think of to explain why he would have tubes there is that his nipples lactate electricity, which must be fed back into his system.

Hey, I’m not the weirdo?they’re the assholes who gave him the nipples tubes, all right?