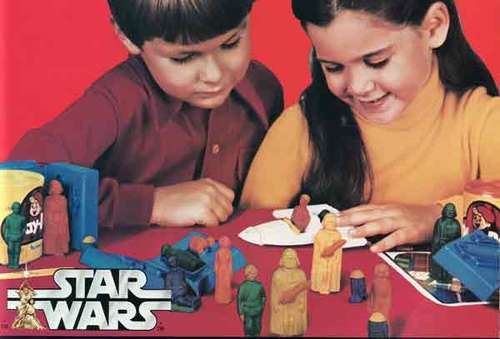 Play-Doh. There might not be a toyline that has given more joy to children than the ubiquitous, brightly colored modeling clay from Kenner (who were later killed and eaten by Hasbro). There also might not be a toy that more children ate so regularly, so thank goodness Play-Doh is non-toxic. For over 30 years, the fine folks behind Play-Doh have created a bevy of new playsets to keep this classic toy from drying out and getting hard and crumbly?and Topless Robot celebrates the 10 greatest. 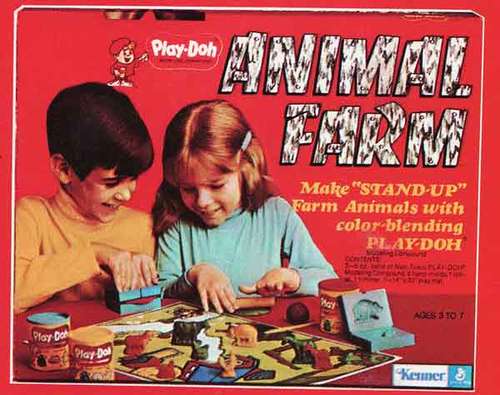 Kenner bravely chose to adapt George Orwell?s powerful allegory about power and corruption into a Play-Doh playset; certainly, the all-too-human fallibilities of the animal shine through when they’re made out of colored dough. One wonders if there was any plans for a Watership Down set?all you’d need is gray and brown for the bunnies, then red. Plenty of red. 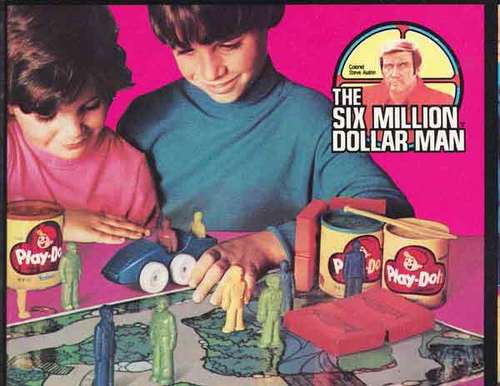 One of the earliest licensed Play-Doh sets, it also made a lot of sense. You could pretend to take the mangled body of Steve Austin and rebuild him to be better, stronger and faster. Just don?t leave him out too long or he?ll dry up and crumble, which could seriously compromise his abilities as a secret agent. 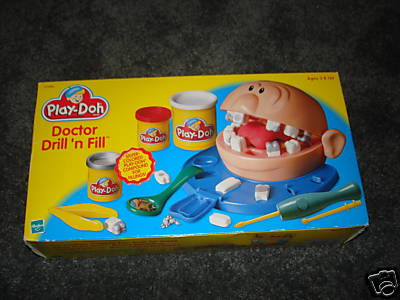 The boy’s sadistic equivalent of the make-up head for girls; this wonderful set can fascinate evil children for hours. Sure the kids might start out by removing plaque and filling cavities, but eventually, they all start reenacting scenes from Marathon Man.

It?s a pretty thin premise, but you get an X-wing and a play mat that looks like a cartoon-Death Star, so make a blue Luke and sit his ass down and get ready to blow some clay up. You can also right a big wrong and make Chewbacca a medal if you want, as you have lots of yellow. Or, like these particularly dense children, you can made five Darth Vaders, and just have them stand there, wondering why they’re green and orange. 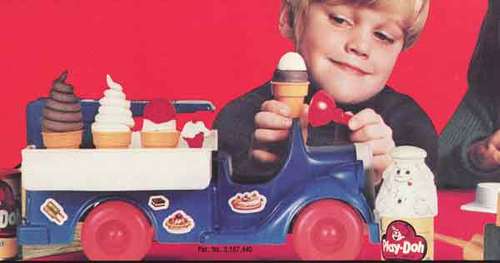 Like all Play-Doh food related concepts, the Ice Cream Shop is a mildly interesting time waster with appeal to both genders. However, appeal in this playset increases ten-fold if you factor in a younger sibling or gullible neighbor that you can con into eating your simulated treats. Remember, Play-Doh is non-toxic, so you can trick them into eating the whole can!

How in the hell did the words ?Fuzzy Pumper? not enter our vocabulary as some sort of sexual slang? Was it too obvious for all of us or did an entire generation simply miss out on the obvious hilarity of these two wonderful words? Getting back on track, it?s fun to make people?s hair grow, and then cut it off. It?s interesting how as a child we can?t get enough of repetitive tasks but as adults, most repetitive tasks in our daily work environment make us long for the sweet release of death.

Now you can be a little Tom Savini (or Jack Pierce, if you?re into the classics) in what is one of the most clever concepts put to Play-Doh. Count Creepy Head allowed you to create monster make-up and when you were bored, you simply ripped their goddamn faces off. If that didn?t thrill you, you could also just let the crap ooze from every orifice in his head. This will never stop appealing to children. 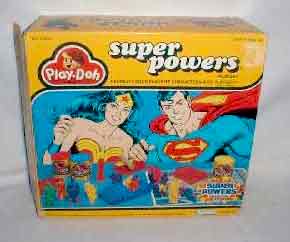 Nothing quite fits the bright primary colors of Play-Doh better than the DC Comics? superheroes. This set gives you the big three?Superman, Batman and Wonder Woman?and some great villains to fight (although I would recommend against having them actually fight). The only thing missing is Plastic-man, who actually beats Aquaman in numbers of times he?s gotten the shaft in logical merchandise. 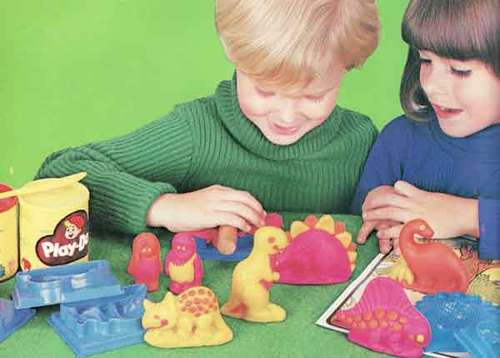 The one thing all makes have in common (besides that whole being able to pee anywhere we want) is we all went through a dinosaur phase. If you say you didn?t, you?ve simply blocked it out somehow. As a bonus, this set comes with a mold to make morbidly obese cave people, so even Sarah Palin can feel safe buying a set for her ridiculously named brood.

Whoever married the Play-Doh Fun Factory concept with fire-fighting should have gotten a big bonus from Kenner, and all the lap dances they could stand. Admittedly, the playset doesn’t make much sense?very few firefighters have the ability or desire to change the shape of their hoses?but it caters to every kids’ innate desire to be a fireman or fire woman. Also, “Pumper No. 9” is just beaten by “Fuzzy Pumper” in the needs-to-be-a-euphemism-for-a-disgusting-sexual-act awards.