Menu
Home
>
Nerdery
>
This Is Legoland! 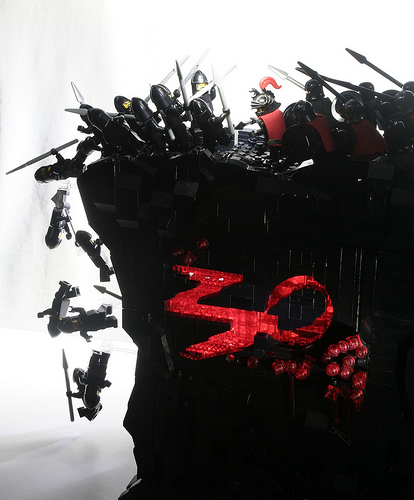 It’s a slow day on the nerdosphere, so yes, you are getting an elaborate recreation of the 300 movie poster done with the Legos. The plus is when the Spartans built the wall of corpses, putting it together was a snap! (Via Great White Snark)