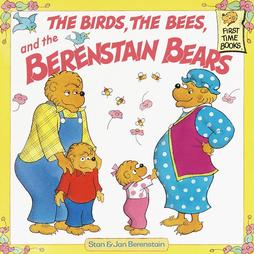 Everyone loves the Berenstain Bears. Created by Stan and Jan Berenstain, the bear family has been fortifying young readers with uplifting tales since the early ’60s. But make no mistake; despite the wholesome nature of life in Bear Country, its residents aren’t immune to the complexities of modern life. In addition to complications with anthropomorphic bear hygiene, Papa, Mama, Brother and Sister Bear have to deal with bullies, strangers, guns and even racism. The Berenstains succeeded in writing about moral situations without getting preachy, but as art imitates life, sometimes it’s uncomfortable to watch good bears get put in bad situations. Read on for a look at the eight Berenstain Bears books that force nerds to remember their own uncomfortable upbringings.

8) The Berenstain Bears and the Bully 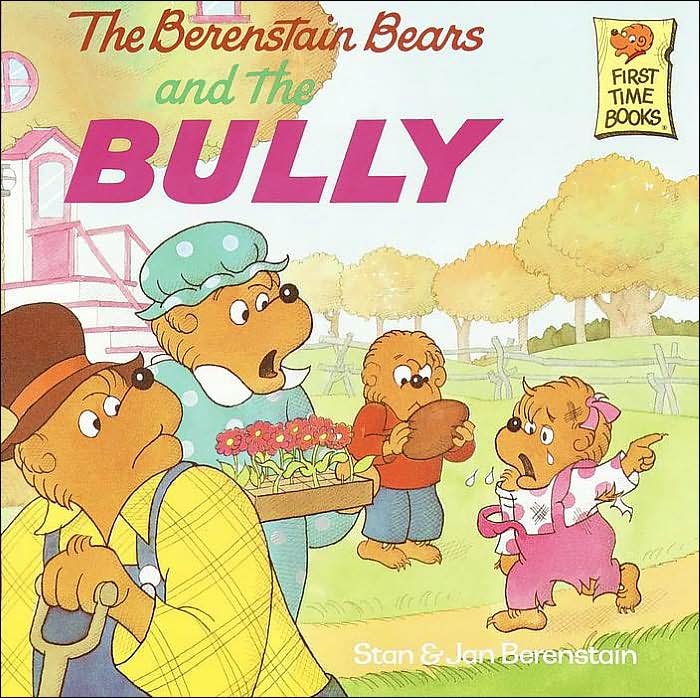 Don’t be deceived by her pink ribbon and her penchant for jumping rope – cross Sister Bear and she will maul your ass. That’s exactly what happens to the androgynous bully named Tuffy (who makes sure the other kids know her name by displaying it on her shirt) after she ruthlessly attacks Sister on the playground. Her innocence lost, Sister learns to box and confronts the animal-abusing Tuffy days later. The fight ends with the bully bloodied by Sister’s deft right cross. The cubs are taken to the principle’s office where Tuffy tearfully reveals the abusive nature of her home life. A grim final passage reveals that the bully’s future is filled with visits to the school psychologist (and likely frequent games of “dodge-mom’s-whiskey-bottle”). For a pitiable villain, Tuffy sure doesn’t garner much sympathy. Is it bad to be satisfied with an ending that predicts balanced karma?

7) The Berenstain Bears: Lost in Cyberspace 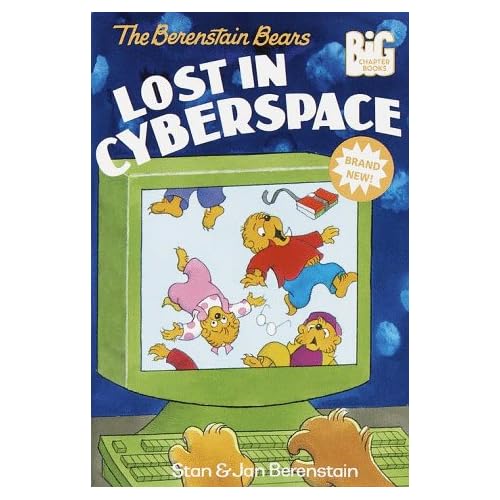 When Brother Bear and his schoolmates are equipped with laptops for two weeks as part of an education experiment, their teacher quickly learns what nerds have known for decades: the World Wide Web is where productivity goes to die. The good-natured Bear cubs fall victim not only to distraction, but also to online dating gone awry and cyber extortion. Luckily, with the help of a good woman, Brother Bear shakes his Interweb addiction – something many lost souls would trade bountiful caches of WOW gold for.

6) The Berenstain Bears and Too Much Junk Food

Unlike a lot of mothers, Mama Bear isn’t afraid to let a little thing like her children’s self-esteem get in the way of good parenting. When the bear cubs start getting chubbier from the side, the front and the back, Mama decides to lock away their treats, all the while pointing out to her kids that they’re growing wider faster than they’re growing taller. After Papa Bear rips his pants bending over to reach some candy, Dr. Grizzly, the Bear family doctor calls the entire group in for a lecture on eating right and exercising. Instilled with a new fear of heart failure and diabetes, the Bear family switches to healthy foods and takes up a jogging regimen. If only every Doctor could be as threatening as Dr. Grizzly.

5) The Berenstain Bears and the Bad Dream

While Brother Bear is mostly known for his love of sports, this book highlights his far more relatable obsession with action figures.  Given the books’ 1988 release date, there’s no mistaking Brothers’ “Space Grizzly” toys for the Transformers/Masters of the Universe analogues that they are. Like all good nerds, Brother happily totes his toy obsession like a monkey on his back, working long hours to support his addiction. After buying the bear equivalent of Castle Greyskull, Brother even goes to see the new “Space Grizzlies” movie. He loves the film, but like the tots scarred by the massive body count in “Transformers: The Movie,” he suffers a nightmare that night. He doesn’t, however, wet the bed, which is more than a lot of geeks can say.

4) The Birds, The Bees and the Berenstain Bears

The Bear family is excited when Mama reveals that she’s having another cub, even though it’s never revealed whether the new baby is male or female. Where this book succeeds in subtly introducing Sister Bear to the reproductive cycle, it also conjures disturbing images of Mama and Papa’s romantic trysts. As bad as imagining one’s own parents “making babies happen” might be, it’s almost…wait for it…unBEARable to consider two loveable children’s book icons doing the nasty. Papa, you cad!

3) The Berenstain Bears and No Guns Allowed 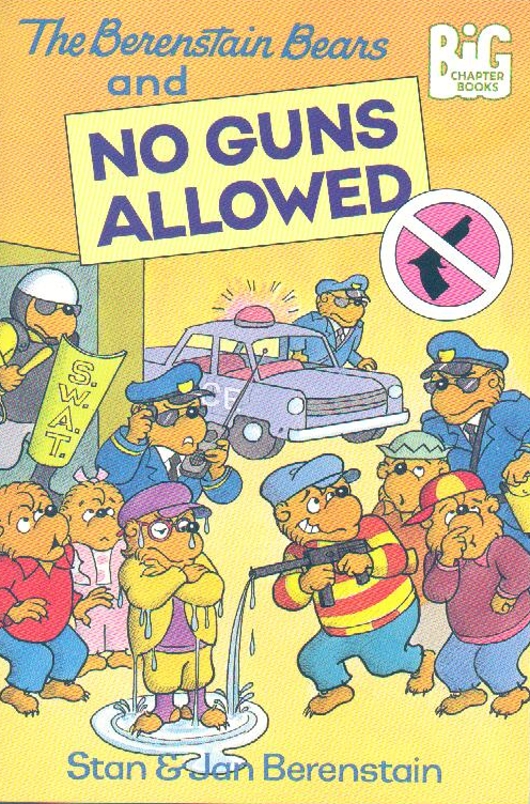 Easily one of the most controversial Berenstain Bears books of all time, this chapter book explores a polarized, post-Columbine world. The story revolves around Bear Country’s resident teenage douchebag Too-Tall, who brings a life-like squirt gun to school as a joke. There’s a lot of over-reacting from bears with extreme views, but in the end the lesson is that guns can be dangerous in the hands of bad bears. However, according to experts, bears can be extremely dangerous in their own right. The Second Amendment be damned, Bears with guns are not a winning combination!

2) The Berenstain Bears and the Giddy Grandma

One of the most awkward parts about getting older is learning that respected elders and family members were once young and crazy. Sister Bear learns this the hard way when she interviews her grandmother for a school report and uncovers that her Gran was once hot, dated several guys at once and performed in roller skates and pink tights as a one-bear-band. Riled-up by her trip down memory lane, Gran decides to enter a talent show. Grandpa, who remembers Gran’s past for the embarrassing, promiscuous nightmare that it was, is so embarrassed that he moves into his garden shed. Things work out in the end, but Gran’s birthday cards with five-dollar bills in them will always look a bit different to Sister Bear. 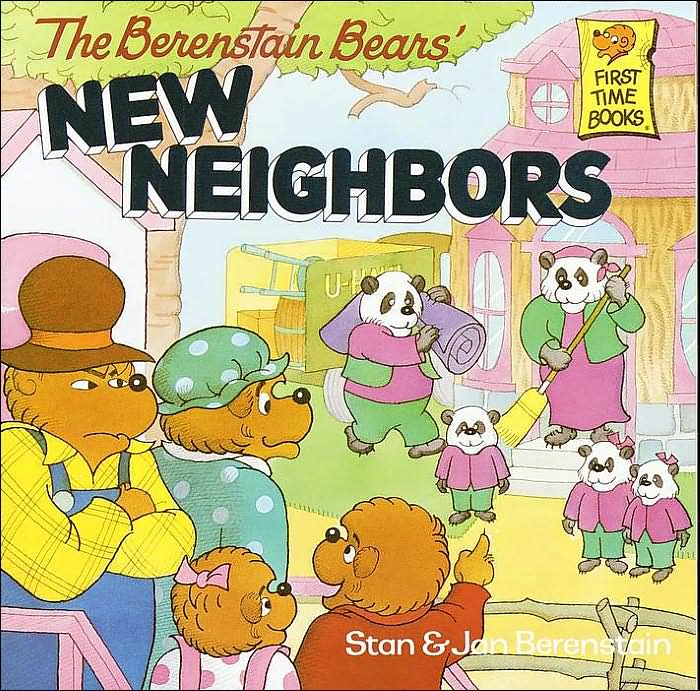 Papa Bear has been many things during his tenure as a cartoon bear: a loveable oaf, a skilled carpenter, even a survivalist. There was a time, though, way back in 1994 when Papa was forced to confront an aspect of his personality readers may not have known about: Bigotry! After their old neighbors move away, the bears are curious who will occupy the vacant house across the street. One day, a Chinese…er…panda family arrives and while Mama Bear and the cubs are excited to meet their new neighbors, Papa is a apprehensive dick. He even accuses them of building a “spite fence.” It’d be one thing to be suspicious of the Panda family for having three cubs – after all, everyone knows Pandas hate having sex. Papa takes things too far, though, when he hesitates to share his special honey with the Pandas. As alarming as it sounds, Papa Bear’s thinly veiled racism is completely overcome after a simple neighborly meet-and-greet and a few glasses of chilled bamboo juice. It seems the cause of prejudiced thinking is rooted is ignorance and the cure is…understanding? See Papa? Grizzly, brown, black, polar or panda, all bears are created equal. Except for Koalas, those shifty marsupials aren’t even bears!