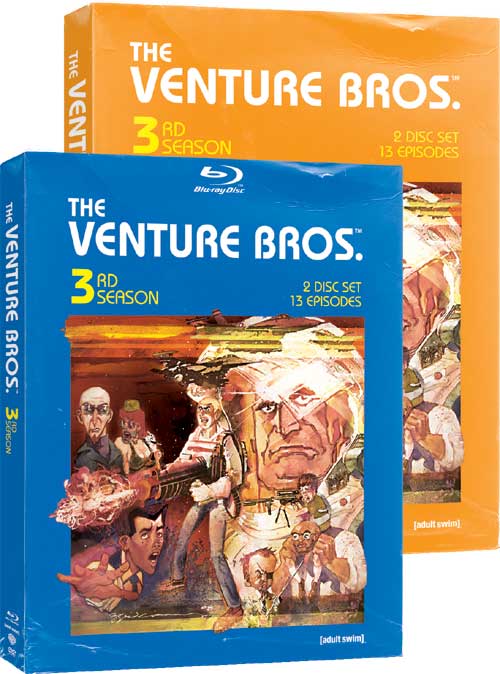 Sure, The Dark Knight DVDs might have made a jillion dollars on Tuesday, but did the cover look like old-school Atari 2600 videogame packaging? No, it did not. The blue is the Blu-ray version and the orange is regular DVD, although you should know that the Blu-ray version will have a free soundtrack with it when they come out on March 24. Shit–even if I wasn’t buying the Venture DVDs, I’d have to buy this just on principal. (Via TV Shows on DVD)