Hasbro has announced its San Diego Comic Con exclusives, and they’re surprisingly pretty awesome. Probably the one you care most about is the above 12-inch Baroness from the live-action G.I. Joe movie, which does not look terrible. It doesn’t look much like Sienna Miller, the actress who plays the Baroness, but it looks like a human being, which is an improvement over the rest of the 12-inch movie figures. There will also be a 3 3/4-inch movie Destro two-pack; Hasbro hasn’t released pics of the toys yet (to my knowledge), but it will come in a snazzy package meant to resemble the ancient clan McDestro book. 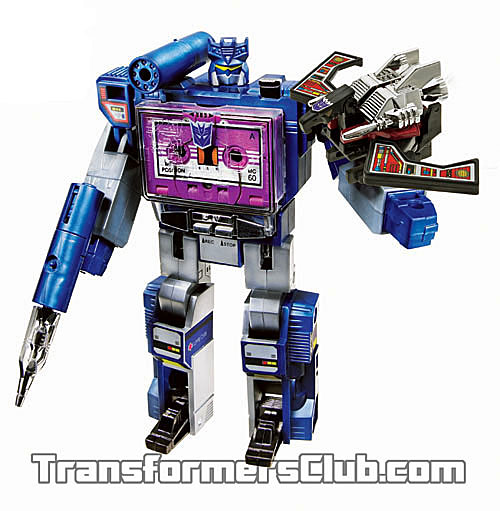 And just in case there’s someone as excited about this as I am, Hasbro will also release a classic Soundwave with four tapes at SDCC. There’s only one Transformer I want to own, and it’s this guy — the Toys R Us re-release now goes for $100 online, and this will only be $50 with two additional cassette minions. The other Transformer exclusive is a metallic Optimus Prime Mighty Mugg, which I can’t imagine anyone giving a shit about.