Of course, I don’t mean that Michael Bay is a robot who hates women. No, that would be ridiculous! Instead, Michael Bay is a man who hates robot women — which means his disdain falls purely on Arcee, the lone robo-lady of Transformers: Revenge of the Fallen. You might recall that Bay has already announced that he kills Arcee in the movie as quickly and ingloriously as possible, but alas, Arcee’s short life is clearly full of despair, too. Hit the jump to see Arcee in all her misery. 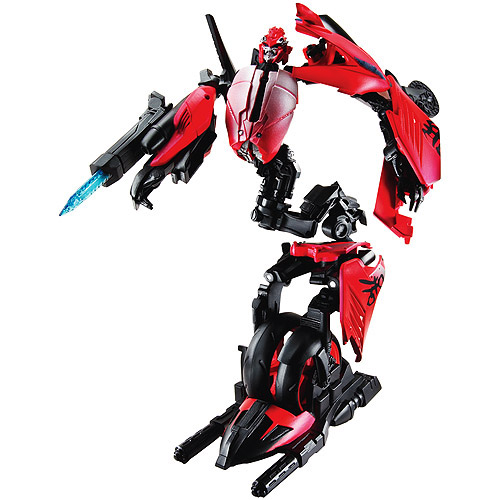 WHAT THE FUCK IS THIS THING? What the fuck is up with her spine? Where are her legs? Why would anyone suspect this robot is the girl robot? What the fucking fuck? (Via TFormers)