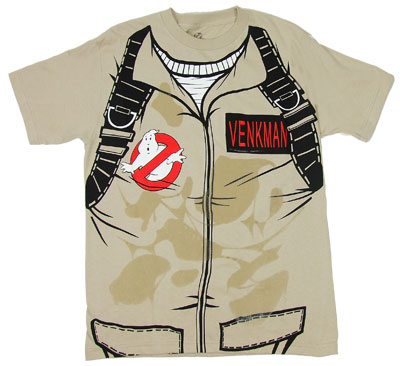 Seeing that “Ghost Buster” short got me wanting a Ghostbusters entry for Geek Apparel of the Week, and it wasn’t hard to find my choice. I’m not generally a huge fan of the costumes-as-t-shirts thing, but I feel like the Ghostbusters’ understated brown jumpsuit is a nice exception to the rule. Plus, Stantz, Spengler and Zeddemore all get screwed this time, since on Venkman gets a shirt — equality for everybody but Bill Murray! It’s $25 over at My Tee Spot.