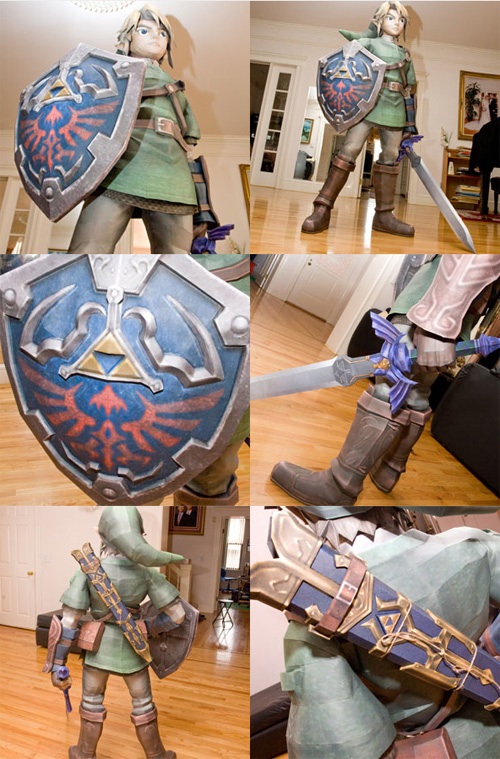 ?
This is a life-size statue of Link from Legend of Zelda made entirely out of paper. I don’t know why someone made it, but I do know how — head over to Alafista for several videos documents the entire design and production process. that should keep you out of trouble until I finish judging last week’s TR contest.