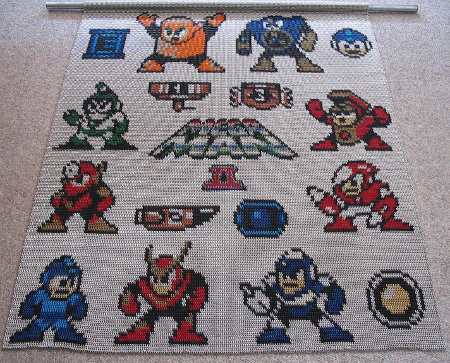 ?
…I… I have no words. Obviously, making any craft with Mega Man II characters on it is pretty fucking nerdy, and you can’t possibly make chain mail in 2009 without being a huge fucking nerd (seriously, try and name me one good non-nerd-based reason for making chain mail. You can’t). I never would have imagined combining the two. Hell, even looking directly at it, I can scarcely believe this thing exists. I’m honestly shocked that the creation of something this nerdy didn’t end the goddamn world and turn us all into d12s or something. (Via Geekologie)