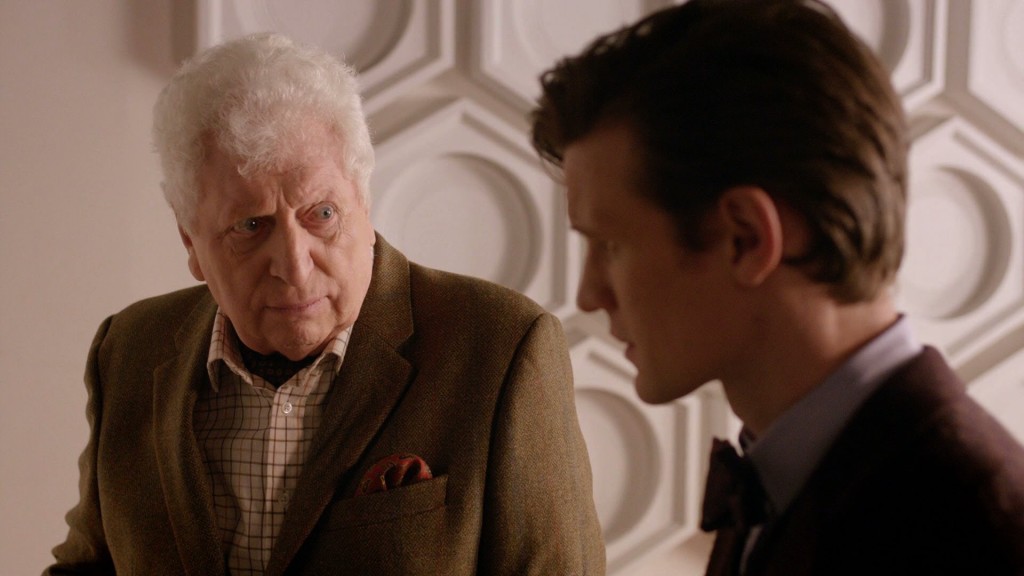 It was by far the highlight of the recent Doctor Who anniversary episode – Tom Baker not only making a cameo for the big climactic reveal, but also suggesting that he was a future version of the Doctor who had decided to re-choose a familiar face to regenerate into. It was also the perfect litmus test to see who the hardcore fans were and weren’t – I think I actually Tweeted out something on my personal account like, “If you call yourself a Doctor Who fan and you didn’t recognize the caretaker…” and then I suggested what such hypothetical people could do to themselves. But since I hope and trust no such people actually exist, everyone should be fine. Right? Right.

Anyway, the Curator comes with a lenticular painting, and a price tag of more than double that of a standard figure in the line, which of course collectors will pay, lest he rapidly become harder to find than Gallifrey itself. If I score one before you, don’t be jelly, baby. 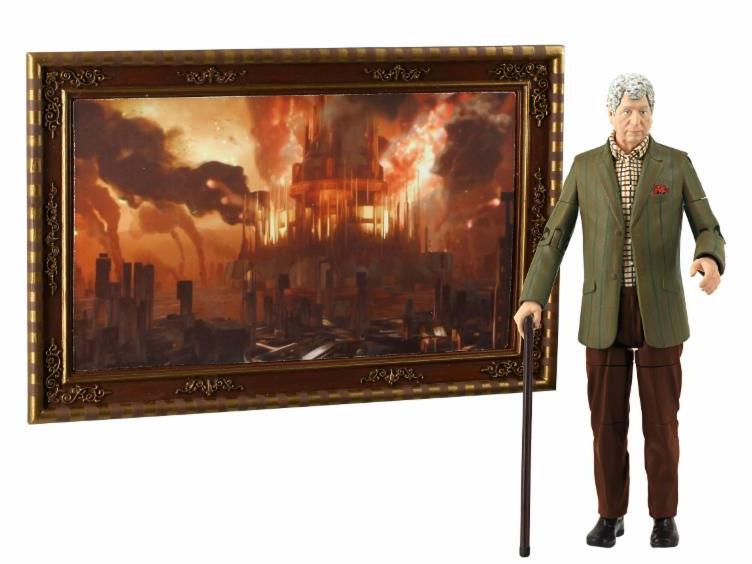