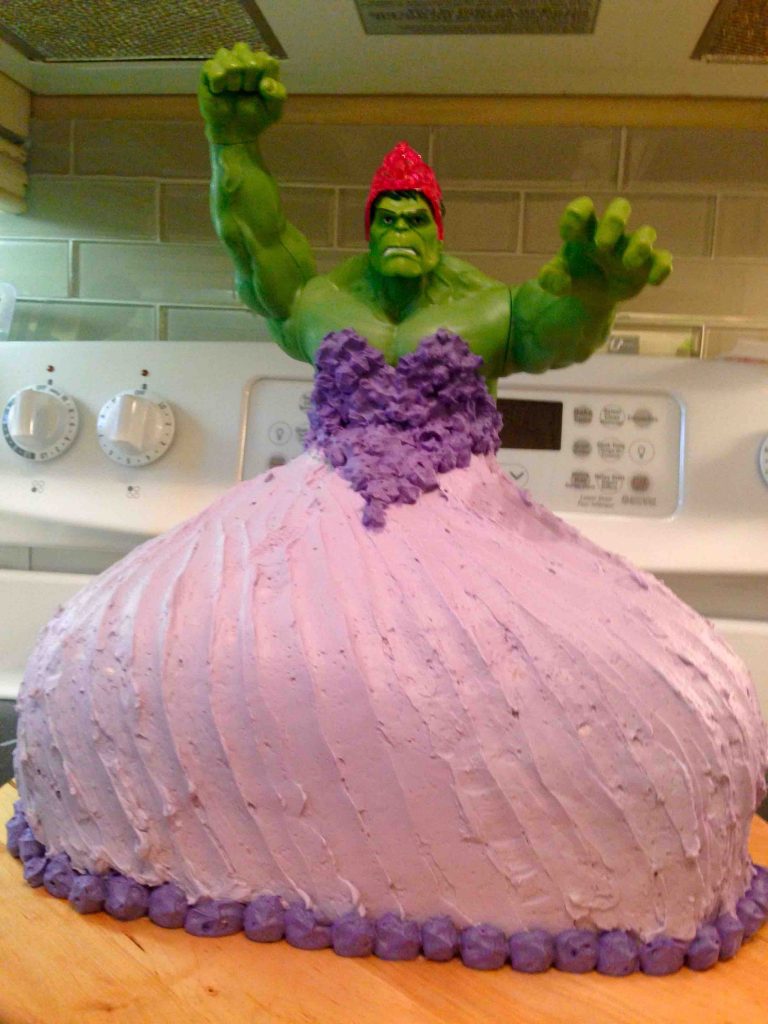 A Reddit user named “NobodyLikesASmartAss” (I disagree, cordially) says his four year-old daughters wanted a Princess Hulk cake, so he made one. And while I think it’s obvious that the Hulk is an action figure with a cake for a dress, it’s still pretty cool that he did this, so long as the girls didn’t actually bite into the hard plastic toy thinking it really was cake.