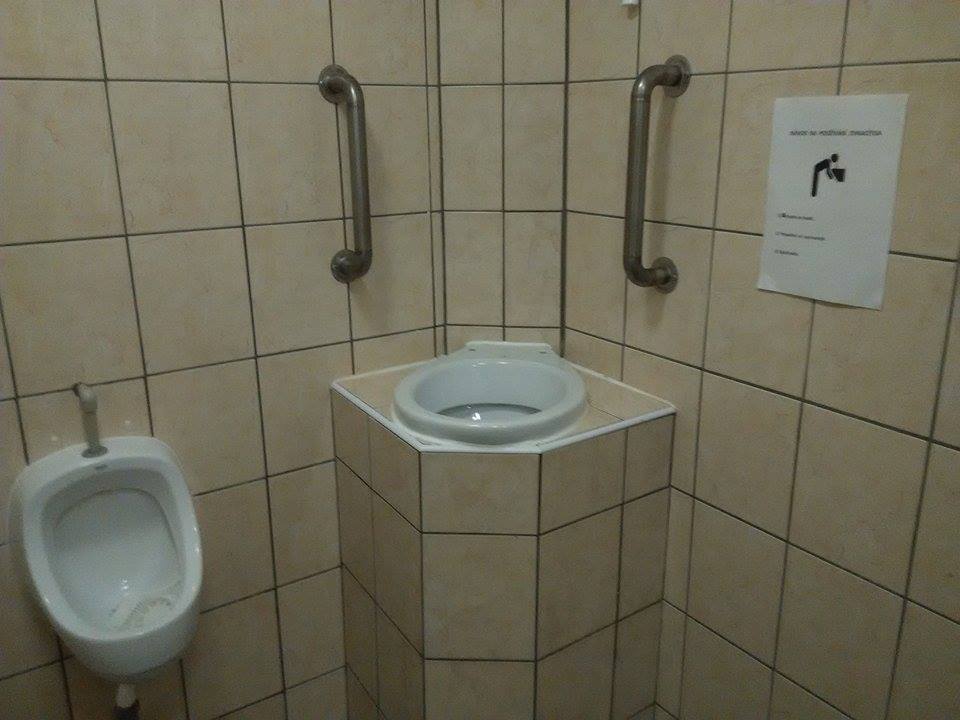 I’m not sure you’d ever want to visit the establishment that has this in the restroom – it is probably one where the clientele are mostly either drunk to the point of danger, or cold supermodels who will never talk to you. But speaking as a guy who has had the occasional digestion issue in restaurants – I’m sure you’re shocked – I like the design that spares you from having to put your knees on a bathroom floor.

If a Japanese toy company ever makes one in action figure scale, I’m totally buying it.