Menu
Home
>
Comics
>
A Better Look at Jared Leto’s Suicide Squad Joker in Costume – What do We Think? 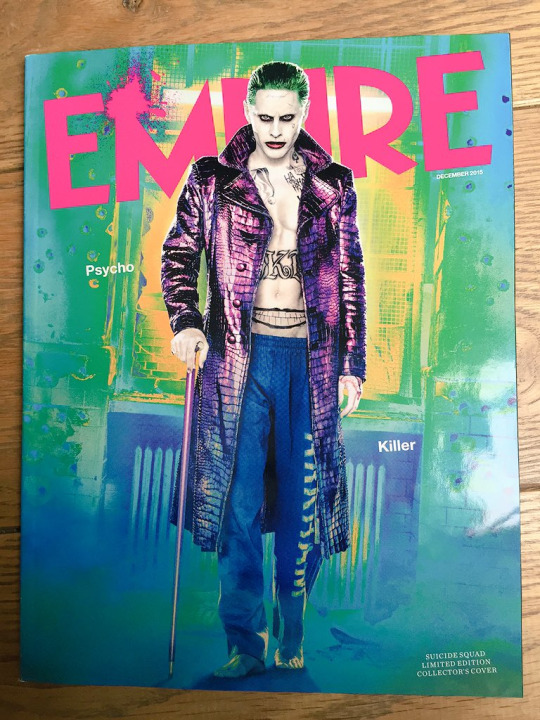 I think it’s funny how Zack Snyder wants to be so literal with Batman’s costume, yet this is the new movie Joker, rocking a look that either Prince or David Bowie could have sported in the ’80s. Granted, Suicide Squad director David Ayer’s the one who presumably had control over the design, but you’d hope the DC Cinematic Universe people coordinate with each other.

Admitting upfront that I was wrong to judge Heath Ledger’s Joker based on appearance (though let’s be honest, I would have liked his actual skin to be white), I feel like withholding nerd-rage until I see the movie. And yet MY Joker was always an elegant, dapper fellow – the contrast between him looking like an impeccable clown but being a deranged lunatic was important, offering the sense that you think you could reason with him  but you absolutely can’t. If he just looks like a gangster upfront, what’s uniquely scary about him? Giving him Tupac tattoos feels antithetical –

But then, so does letting Ben Affleck be Batman.