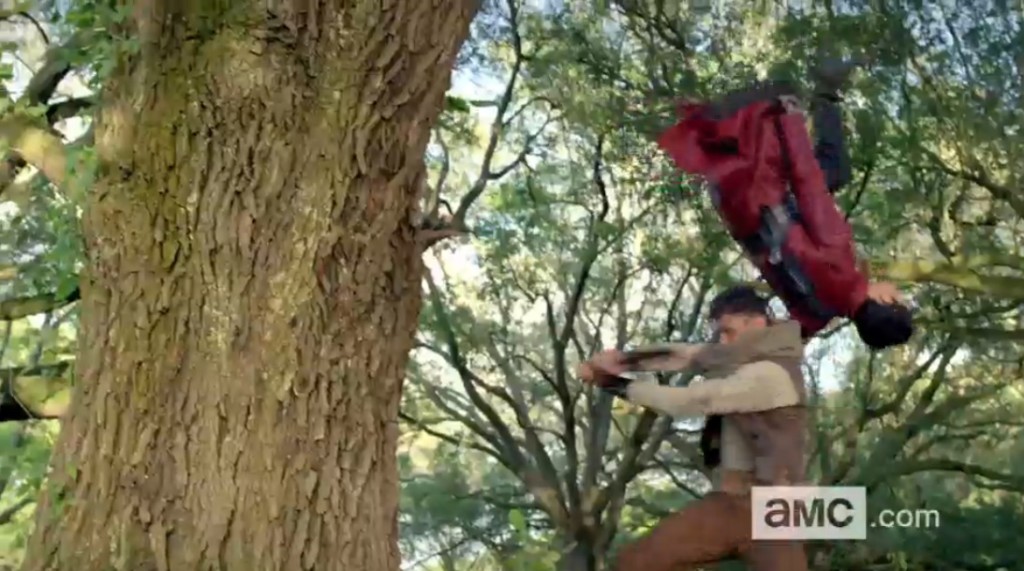 …and unlike a Time Lord, I don’t have two. I’m only thankful I have been metaphorically speared, and not literally, like several of the unfortunate (presumed) villains in this clip, an extended, full-length version of one shown on Talking Dead Sunday.

I still have no clue what Into the Badlands is, beyond the official synopsis: “…the story of a ruthless, well-trained warrior named Sunny (Daniel Wu) and a young boy named M.K. (Aramis Knight) who embark on a spiritual journey across a dangerous land.” I’m going to assume the M.K. stands for Mortal Kombat, and Sunny is short for Sunny D, with the D standing for Devil May Cry‘s Dante – from whom this dude obviously stole his coat.

But after you watch the clip below, you won’t need to know. Like when you saw The Raid, and all that mattered was a dude fighting his way up a skyscraper. Was he a good actor? Who cares?* I can’t remember the last time I saw this many broken bones and bloody penetrations in one fight on basic cable. The show debuts proper November 15th.

*he was a good actor in the sequel.