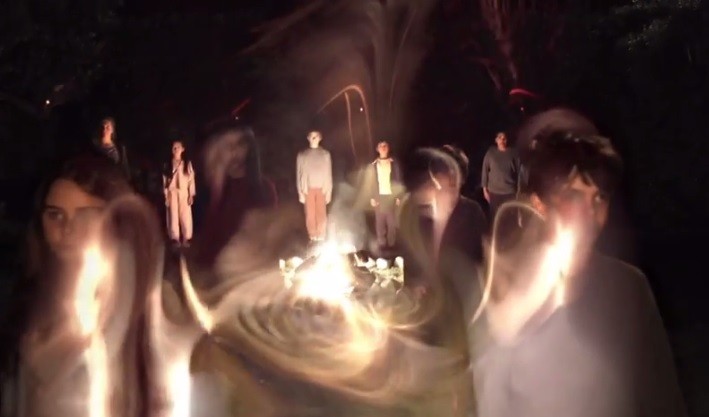 Still is from trailer, but not movie. Dang

The original Paranormal Activity, [by which, with the zeal of a Han Shot First Star Wars fan, I refer to the festival cut in which Katie is shot to death at the end and all potential sequels preempted]made me believe it depicted the way a haunting could actually happen. In the sixth and supposedly final installment, The Ghost Dimension, we see that the major threat in all the movies has been retroactively designed as a 3-D, CG liquidy thing that looks like the Venom symbiote trying to impersonate Groot, or the Necromancer in Peter Jackson’s Hobbit films. It is the utter antithesis of what the first film was supposed to be, but in some ways a perfect summation of the franchise’s underlying theme – try to do things yourself, and you will be swallowed up by something larger and unstoppable that will just keep on repeating the same tactics (but bigger!) so long as they still work.

I’ll say this: The Ghost Dimension has a great gimmick, but offers not-so-great closure for the series. Yes, it still follows the formula that The Marked Ones tried to break out of, in which we sit through what feels like somebody else’s home movies until gradually stuff goes wrong, and by the final minutes somebody is going into a dark place where there are creepy kids and things going bump in the night. At least this time there’s a solid reason that our main characters wouldn’t just drop the camera – it is only through the viewfinder of a very special custom creation that the usually invisible threat, now somewhat defanged by being named “Tobi” [my cat’s name, more or less], can be seen.

[Note: video above may make promises the film does not deliver upon]

The problem that every installment of the series since the first has had – and which is especially an issue in a movie that promises a good ending – is that there is rarely any doubt the demon is going to win. Horror movies only have dramatic tension when you can believe that there’s a chance, however slim, that the heroes will survive. But when the movie starts by revealing that its lead characters are possibly the biggest dumbasses in the entire story up until now – Filmmaker dad Ryan (Chris J. Murray) is a stereotypical stoner, Uncle Mike (Dan Gill) is a hipster-mustached jerk who likes to break stuff, and Creepy Kid (Ivy George) Is Creepy – one’s immediate reaction is to think that if these bozos are the ones who finally defeat Tobi and his witches, every prior protagonist just looks terrible by comparison.

As an aside, when you see the Christmas tree and decorations, there’s a big temptation to call this Shane Black’s Paranormal Activity. Except he’d have done it better. 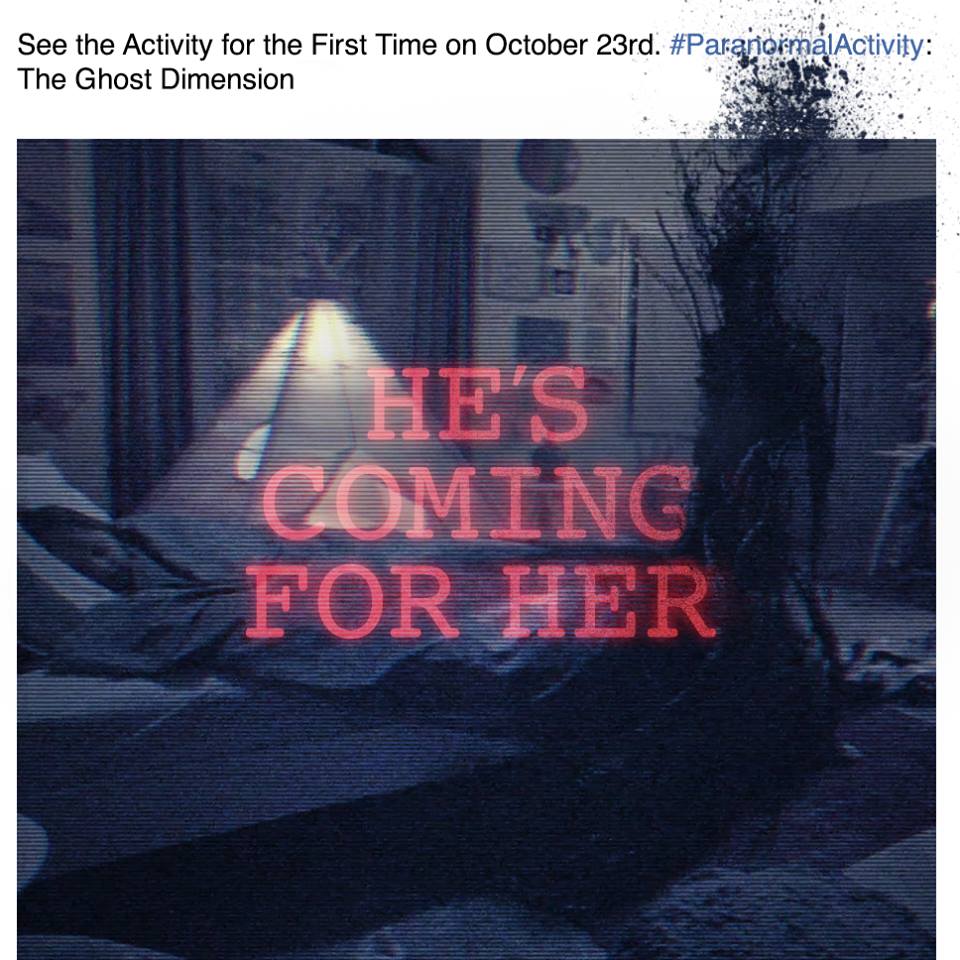 Director Gregory Plotkin, a former editor making his feature helming debut, deserves credit at least for a creative use of 3D – it’s been too long since somebody actually reveled in its potential as a gimmick, and by making much of the movie 2D, with the extra dimension only kicking in when somebody looks through the special camera, it keeps you from that sense of complacency where your eyes adjust and you forget it’s there. There are jump scares aplenty, and they work. If that’s all you want, you’re good, and if you want to see this at all, you really should do so in the intended 3D.

Still, adherence to formula has rendered much of the story tiresome – even with five credited writers, it’s the same old long stretches of nothing with a sudden exposition dump at the end leaving you to hope the next one will delve into the actual story mythology more, when of course it won’t. At least this time, knowing that there’s no next one allows you to see this tactic for what it is.