Menu
Home
>
Movies
>
Want a Chrome Captain Phasma Figure? One Company Has Your Back… 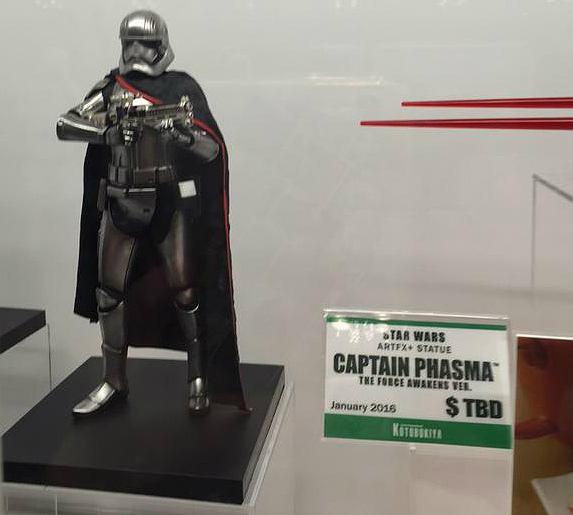 Though this display version is not as shiny as the onscreen costume, Kotobukiya’s final product will indeed be chrome-plated at the factory, as confirmed by our Jim Dandeneau earlier today. So finally, FINALLY you’ll be able to own a replica of the fan-anticipated character that’s true to her look.

Now, granted, it’s easier for a Koto statue to do it because it doesn’t have to factor in points of articulation. But with that said, Kenner in 1978 had no trouble making a fully chromed Threepio with five joints. Basic figures are now back to five joints – and we can’t do a Phasma like that?

Why do I fear that it’ll be a convention exclusive if/when Hasbro figures it out?