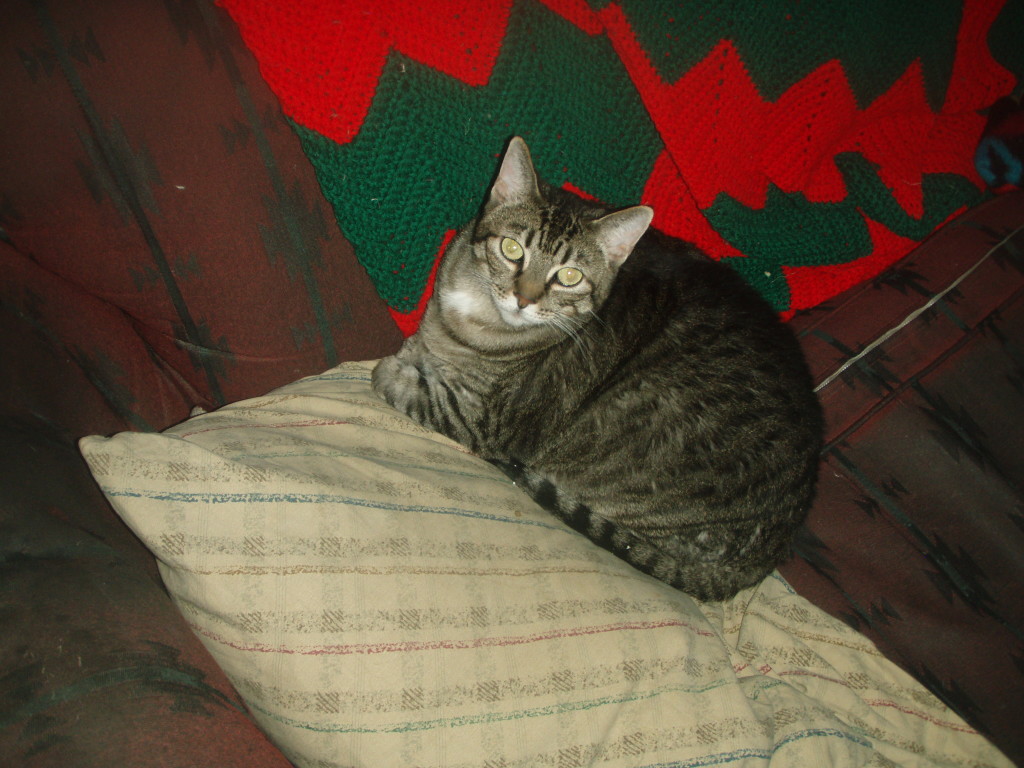 I start today thinking of Paris. Such a lovely city. I have been to France twice. Such a shame that a place of such beauty and culture would be attacked in this fashion. It is a shame that any town, villiage or otherwise be attacked. Even though I come from a military family I have never understood why we can’t settle things in a more civilized fashion. Why do we (humans) have to destroy beauty and innocent people? How about a good boxing match or baseball game? Something, anything. What point does it serve to kill people who just want to take care of their families, go to school, work, etc? Someone attacked Paris and thus France has to strike back. Tit for tat has never worked. The world needs to stop acting like spoiled little brats. If we don’t wise up soon, no-one will like the outcome, I fear.

Well, just a week until gluttony day – Thanksgiving. Then the zone-out on the couch and football. The best thing about Turkey Day is the leftovers for the next week. An entire week of not having to cook, just turkey and cranberry sandwiches. Yummy.

I see that both James Bond and Peanuts are doing well in the box office still. Sort of differing ends of film making.

The weather has turned cold at my house and we are getting terrible winds. Anywhere from the 40 to 50 mph. It is nature’s trimming of the trees. Well, I needed firewood for the winter anyway. This is the time of year we have to start wrapping outside pipes and letting water drip in the house so the pipes don’t freeze. The water bill is cheaper than the plumbing bill from a broken pipe. Yep. in the desert we freeze and get broken pipes just like places that have snow.

So you are tickling my brain again this week. You all keep me on my toes.

Who would win, Santa or Krampus?

If a hen and a half can lay an egg and a half in an hour and and a half, how long does it take for a monkey with a wooden leg to kick the seeds from a dill pickle?

Boy, I want to see that ½ hen and the egg. There is something for Ripley’s. Why would the monkey, wooden leg or not, kick out the seeds when he has perfectly good hands with fingers to pick them out? Monkeys are smart; kicking out the seeds would damage the pickle and he would not get enough to eat, whereas he can pick all and have more pickle.

Something something Fallout 4….Does it make sense to have nuclear fission powered weapons but no cars?

Nope. Can’t really see those with the weapons just wondering around on foot – not very practical. Thus you need a vehicle of some sort: car, truck whatever.

QUESTION!!! Apparently JJ Abrams thinks the title of princess is a sexist insult and so has removed the title from Carrie Fisher’s character Leia. Now she’s just Leia. As a manly man I find the term to be at worst a fairly inoffensive pejorative even when directed at my manly self. So my question is this – What’s wrong with being a princess? If she had wings and a horn would it be okay?

Not sure about the wings and horn thingy. But I have no problem with Princess – after all that is what she is. Being a Princess has nothing to do with her military rank of General. Look at the British Royal family – both boys have the Prince title and their military rank. So with all being equal, why can’t Leia have both? Don’t see any difference on this issue.

If she’s called General Leia, shouldn’t she wear an orange jacket with the rebel flag on her back?

Maybe she does sometimes. I know a lot of military that dress in civilian clothes, depending on what they are doing with the job at the time.

QUESTION:If you were to point a laser pointer at a passing jet, from which governmental agency would the nice young men who visit you be from ? The FAA? The FBI? The local police?

Most likely the FBI and the local police. Sort of depends on who finds your ass first. Either way, it is a federal violation and you will not like the end results. Wouldn’t it be cool if the planes could have some kind of a reflecting coating on them that catches the laser light and shoots it right back at the idiot pointing it at the plane? Ohhhh, we may have something here – anyone want to run with the idea?

I understand from the rebel leaders of the cat army that they will triumph over all. They are the Masters of the Universe. At least that is what my five keep telling me. In my house they have already taken control. Yes !!!! well I for one welcome our new feline overlords!!

I have a feeling that the world would be a better place if the kitties of world ran things. When they fight it is a small spat and then it is over and they hit with their paws. Wap Wap and we are done. The other 99% of the time loving and purring.

Right, so the club I’m in has a bad reputation at the college student union. Any tips to get them to be less suspicious of us?

What have you all done in the past to make the student union have issues? When I was in college, to have a club on campus it had to have permission from the school. I assume that is still the case. So if the school has not pulled its permission for the club, then the student union has to get over it. You have every right to be there. But I would try to find out what the issue is and try to address it if at all possible.

Well, everyone, thanks for the head scratches again this week. I will see you all again after the holiday and I am sure that I will have pics from the festivities. Thus you will be free of the kitty pics for at least a week. This week’s are Frizzy on the yellow chair and Felix on the couch. They both look so comfy. Happy Thanksgiving to you all. Always Huggs.

Leave your questions on all worldly and otherworldly matters below, or email directly to boydappraisal at yahoo. Nothing is too important, or too trivial.