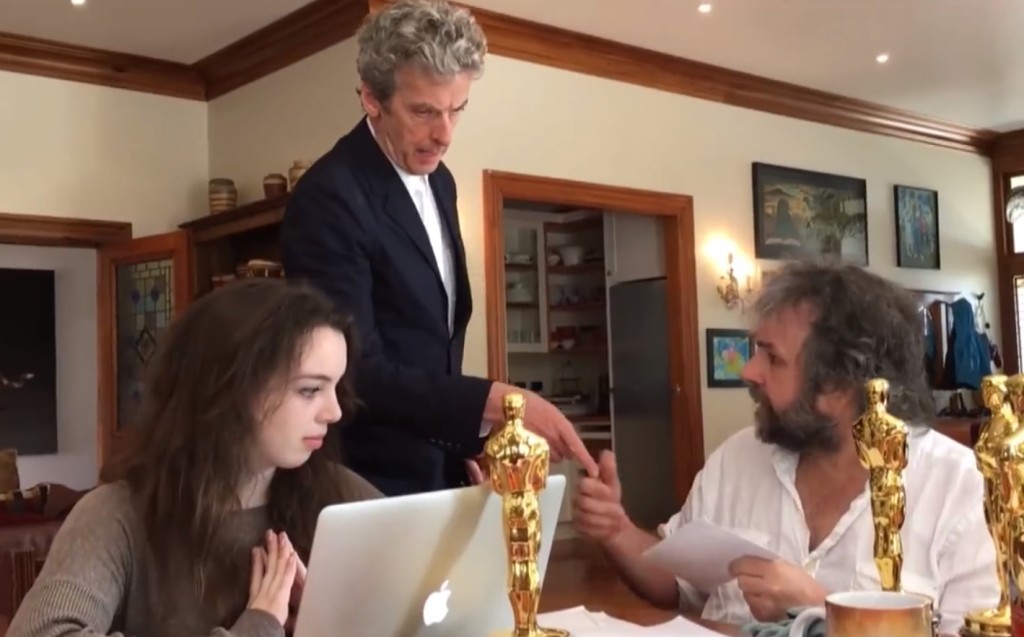 Either Peter Capaldi’s in Peter Jackson’s house to avenge the way his previous incarnation Sylvester McCoy got doused in birdshit for the Hobbit movies…OR something else is afoot. And I think the video below, posted mere hours ago by PJ himself on Facebook, may make clear what.

Home InvasionThis was an interesting weekend…