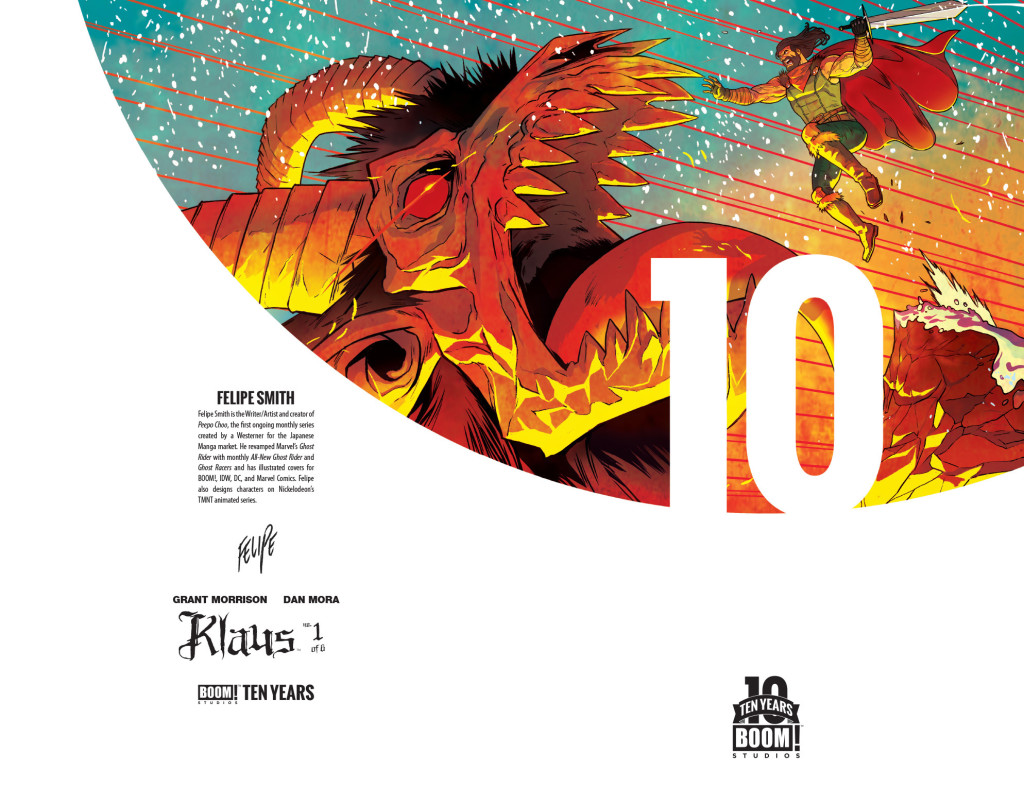 Yup. That’s Santa up there, about to drop a sword down the Krampus’s throat. More preview pages down below.

I’m the biggest Grant Morrison fanboi out there. Okay, maybe the fourth biggest. But still, I rolled my eyes a little when I heard…let’s go to the solicit text, shall we?

Set in a dark fantastic past of myth and magic, Klaus tells the story of how Santa Claus really came to be. Where did he begin? What was he like when he was young? And what happens when he faces his greatest challenge? Drawing on Santa Claus’ wilder roots in Viking lore and Siberian shamanism—taking in the creepier side of Christmas, and characters like the sinister Krampus—Klaus is “Santa Claus: Year One.”

That’s enough to make you skeptical, right? “Santa Claus: Year One” would likely be a disappointment if it didn’t some how have, I don’t know, Saint Nicholas cheating on his wife with Joan of Arc? But then again, this is the same guy who wrote All Star Superman and Batman R.I.P., and look at this art! Want to know what we thought of the issue? Check back tomorrow. Meanwhile, what do you think of the previews? Click all of them for larger versions, and all are courtesy of BOOM! Studios. 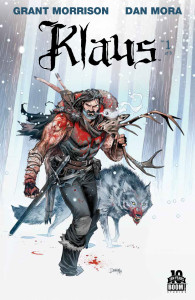 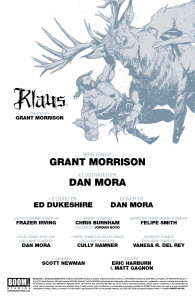 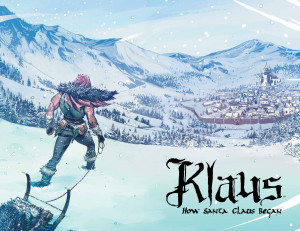 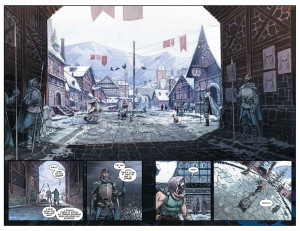