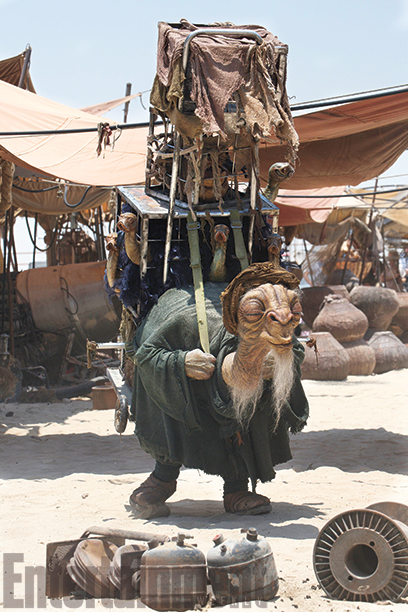 Bobbajo is the most newish reveal in a new Entertainment Weekly gallery of photos that drops a few more scene-specific plot hints, though probably not much more than you’ve already guessed. There’s definitely an old-school Henson feel to this dude, though that name seems a bit on the nose – a character who looks like a poor rural dweller is kinda named Bobby Joe? I guess it beats that one named for a Beastie Boys album, though neither one gives me a ton of faith that JJ will have better naming skills than George Lucas, who gave us Elan Sleazebaggano.