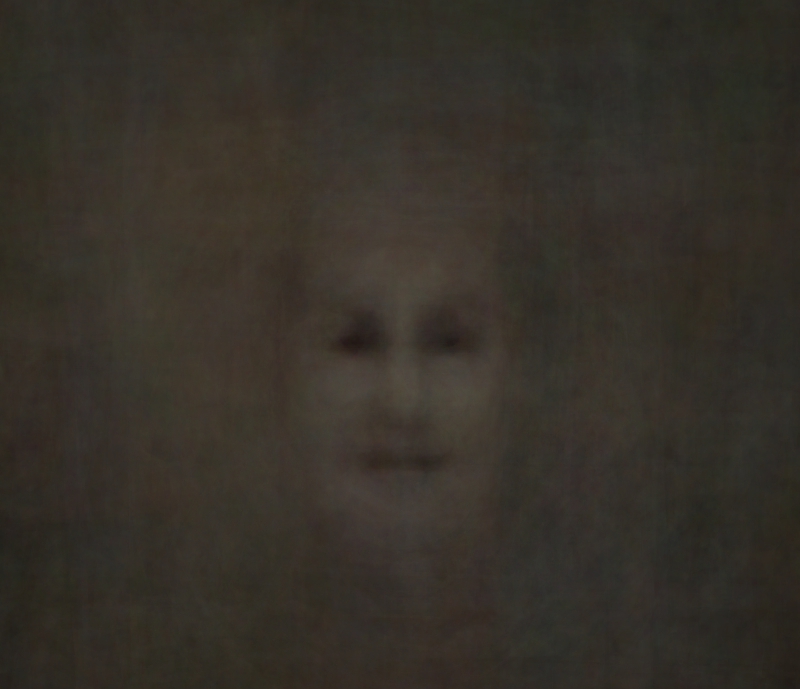 Take the social media hashtag #FacesInThings, use an algorithm and resizing to average them all out, and the visage above appears. I’m surprised this isn’t already a Blumhouse horror movie in which we learn that an ancient pagan god was cursed to forever appear trapped inside inanimate objects…instead, it was a simple use of a face-tracking program.

Or maybe we all live inside a Blumhouse horror movie already, in which case you and I are solidly screwed. Unless it’s Jem, in which case we know the villains will never actually show up until after our story ends.