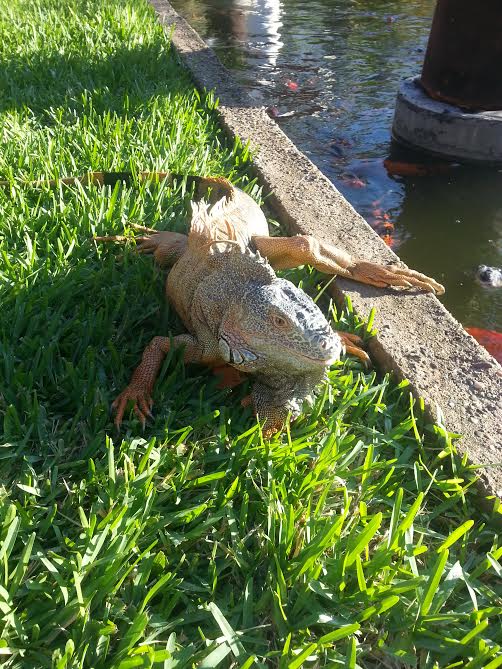 Hey all. Hope everyone had a great Thanksgiving. I know we did. Well if you haven’t guessed by now, LYT and Julia went with us to Mexico. This was LYT’s first trip and Julia’s second time. Had a great time at Melia in Puerto Vallarta again. We even had turkey on Thanksgiving, though Luke had octopus. It was a fun break and we are hoping to do it again next year.

The pics attached are of me at the hotel beach, a bunny left in our room by the staff and Iggy the hotel Iguanna. Iggy this time even took a swim in the pool while I was in the pool. You should have heard all of the little girls in the pool scream. I thought Iggy was so cute and he was probably wondering why all of these ugly things were in his pool.

I see I came back to some elaborate questions. Let’s take a look…

QUESTION!!! Since someone asked about Fallout 4 I’ll jump on that. Fallout 4 lets you play the narrow predefined role of Bland McBlandie – insert a name and pick a gender because those don’t matter! Your dialog options narrow to one whenever there is a decision to be made. Anyone who is important to the plot is indestructible. There is no way to deviate from the scripted story. Keep firing and moving forward and you’ll finish the game as the hero no matter what. As a result of these factors I’ve relabeled it an “interactive movie” and written it off as not worth playing, but my QUESTION is this;

Should I just give up the hobby? It seems clear that the industry has focused like a laser on a narrow demographic of casual gamers who don’t want to invest themselves into their games, and that group is who games are getting made for. Disposable games not worth playing. So should I just accept this and move on or should I continue somewhat as a voice in the wilderness hoping against reason that another decent game will get made in my lifetime?

I would not give up hope. Things, as you know, come and go and this too may pass. Perhaps if enough hardcore gamers start protesting, the industry will listen and fix the issue. I would maybe even write a few letters to game companies stating your side of the deal – can’t hurt.

QUESTIONS!!! Since the 19th of November is/was the anniversary of Lincolns Gettysburg Address
https://en.wikipedia.org/wiki/Gettysburg_Address
Do you think most people believe that the address is where Lincoln lived in Gettysburg or do they know at least the basic theme of the short speech? Are we still engaged in the struggle that Lincoln describes, are the struggles of our day unique to us and our time, or is it hubris to assume that any such issues are ever truly settled?

Four score and seven years ago our fathers brought forth on this continent a new nation, conceived in liberty, and dedicated to the proposition that all men are created equal.
Now we are engaged in a great civil war, testing whether that nation, or any nation so conceived and so dedicated, can long endure. We are met on a great battlefield of that war. We have come to dedicate a portion of that field, as a final resting place for those who here gave their lives that that nation might live. It is altogether fitting and proper that we should do this.
But, in a larger sense, we can not dedicate, we can not consecrate, we can not hallow this ground. The brave men, living and dead, who struggled here, have consecrated it, far above our poor power to add or detract. The world will little note, nor long remember what we say here, but it can never forget what they did here. It is for us the living, rather, to be dedicated here to the unfinished work which they who fought here have thus far so nobly advanced. It is rather for us to be here dedicated to the great task remaining before us—that from these honored dead we take increased devotion to that cause for which they gave the last full measure of devotion—that we here highly resolve that these dead shall not have died in vain—that this nation, under God, shall have a new birth of freedom—and that government of the people, by the people, for the people, shall not perish from the earth.

The speech was always a good one and holds up well over time. I think as long as there are people who do not wish to settle differences in a civilized fashion the address will hold true. Keep in mind in most faiths there is only One God – it is the prophets that start the complications. Jesus is mentioned more in the Muslim faith in the Quran than Mohammed

QUESTION!!! Recently a famous nature photographer went missing and all they found was his camera. This was the last picture he took;
http://41.media.tumblr.com/…/tumblr_mmds4nA5n91rd1n1oo1…
Is the Penguin Apocalypse upon us or was this just more random penguin violence?

I think I would worry more about the Kitty Apocalypse then the Penguin one. What are the Penguins going to do in the desert and most places? Unless they team up with the Kittys – then we are truly doomed.

What is the most ridiculous/absurd piece of merchandising you have seen over the years. With the new Star Wars movie coming out I have seen Diegobah flavored mouthwash. And I was waiting for the princess Leia feminine hygiene products. What is the craziest thing you’ve seen?

Good one. Here are some of my faves –

And the list can go on and on. Wonder who thinks up some of this stuff.

What’s the next product that needs to be marketed towards men by adding the word “MEN” on to it in all caps?

The vacuum cleaner and the dishwasher. Maybe then they would help around the house more. Wishful thinking – right. 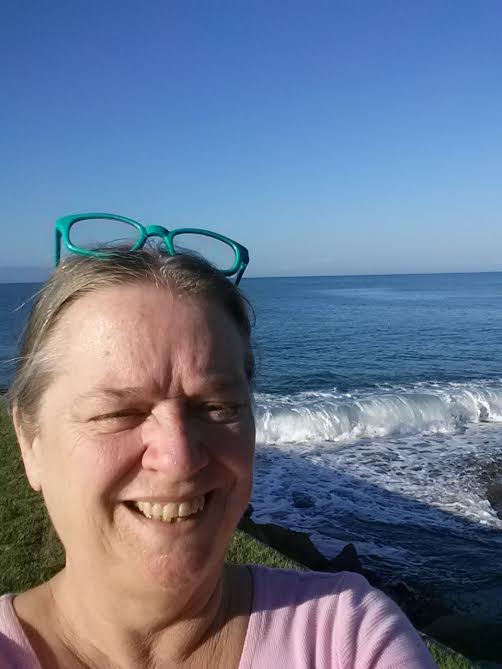 Well all, I have to get the regular business back up and running. Ick. No not really. The business is pretty easy to restart. I had a couple of jobs waiting for me. We are already planning next years’ trips. All of the furry ones are well and seem to be happy that I am back. They are speaking with me at least.

Hope everyone is getting the holiday shopping done. I am looking forward to the after-Christmas sales.

As always be good to each other next week. Love you all. Can’t wait to see what you will come up with for next week. Huggs.

Leave your questions on all worldly and otherworldly matters below, or email directly to boydappraisal at yahoo. Nothing is too important, or too trivial.