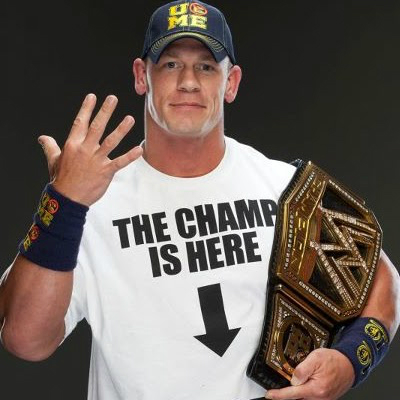 Greetings everyone. First off, my name is Jeffrey Harris. I’m filling in for the column this week. If you have been following the buzz online, the WWE fanbase and the Internet Wrestling Community are getting beyond frustrated with WWE’s current product. Even Hall of Famer Mick Foley has had it with the WWE product. For WWE, the brass can likely point to one of the biggest causes of the ratings decline is the absence of the promotion’s top ace John Cena. However, this lament for John Cena’s absence is not necessarily because Cena is off TV at the moment. The lament is because his absence is symbolic of how painfully under-developed the WWE roster is at the top of the card.

To be perfectly clear, I am no hater of John Cena. I actually like Cena. I think Cena can be a good and even unselfish worker. You don’t work the type of match Cena did with Kevin Owens at Elimination Chamber earlier this year, and put Owens over clean as a sheet, by being a selfish worker who refuses to job like Hulk Hogan did multiple times in his career. Do I understand why certain fans are fed and tired of Cena’s shtick? Most definitely. Cena’s gimmick and his promo style can at times be tiresome. In the WWE TV-PG era, Cena has lost a lot his edge as a performer. Believe it or not, there was a time where Cena was a rising star, and the IWC actually went raving mad when established stars like Kurt Angle and The Undertaker didn’t put over Cena in his earlier WWE feuds. But Cena is lacking some of that edge and it-factor that put him on the path to where he is now. That seems to be the main reason fans and adults have grown tired of him.

The problem is that in the last decade, WWE has poured so many resources into building up Cena that he essentially became the linchpin of the WWE. Cena is effectively the center of the WWE Universe, and with that center gone, that universe starts to crack. Cena did become a big star, but WWE became way too reliant on his super-stardom. As a result, WWE neglected building up other potential Superstars who could become the main event scene.

In fact, whenever it looked like another WWE Superstar was on the cusp of stardom, the WWE machine of start and stop pushes runs amok. Look no further than the currently injured Cesaro. At WrestleMania XXX, Cesaro appeared to be going through a big coming out party. Earlier in the evening, he rebelled against his heel manager, Zeb Colter, and tag team partner, Jack Swagger. Then Cesaro won the Andre the Giant Battle Royale in a big moment by body slamming The Big Show over the top rope. That looked like a moment where Cesaro turned a corner in his career and looked to be destined to a higher level. Other wrestlers hold Cesaro in high regard. Stone Cold Steve Austin and Ric Flair have both lauded his skills. Cesaro just looks like a performer with the complete package, but WWE and Vince McMahon disagree. Despite the fact that Cesaro was getting over and connecting with the fans as the “King of Swing” and “Swiss Superman,” McMahon told Stone Cold that Cesaro wasn’t “connecting” with the fans. McMahon said about Cesaro, “At the moment, he lacks it.” Of course, the moment McMahon said that was months after Cesaro was saddled with months of bad booking where he was constantly jobbed out. In addition, the night after WrestleMania XXX, where Cesaro came out looking like an amazing babyface, was paired up with a heel manager like Paul Heyman. It was a major booking misstep.

This is not Cena’s fault, but his feud with Rusev was a major disservice to Rusev. WWE booking spent a year building up Rusev as the Bulgarian brute and an unbeatable monster. That is until Rusev ran into Cena. Despite the fact that Cena was an established star, Rusev lost his first major feud to Cena. This disregards the fact that another less established worker beating Rusev could have been a huge star-making moment. Cena constantly beating Rusev really did nothing for Rusev. The same thing with Bray Wyatt. Bray Wyatt has never quite recovered a lot of the momentum he lost by constantly being beat by John Cena.

And with WWE’s over-reliance on one major star, there is no one else who is ready to pull up the slack. Sure, there are some great talents who are over with the fans, who possibly could be top stars. But none of them, not Dean Ambrose, not Dolph Ziggler, or Kevin Owens, are the guys that WWE will even consider giving the star treatment. Is it any wonder why CM Punk became such a bitter top guy? Even when he was champion, he was still playing second fiddle to Cena, despite being one of the most popular guys in the company and allegedly sold more merchandise than Cena.

In defense of WWE, Nielsen TV ratings are no longer the be all, end all for the value and growth of the company. However, this definitely seems to be a moment in time where the “WWE Universe” is yelling loud and clear to WWE about what the problem is, but WWE refuses to listen. John Cena turns 39 in a few months. He’s not going to be the top ace forever.