The second season of Castlevania premiered on Netflix this last Friday. If you’re like me then you’ve watched it more than once, only making time to flip over to watch Sabrina with equal horror and glee. At double the length of the first season’s bite-sized 4 episodes, it packs a bigger punch of well-paced and fan fulfilling content. The story line cruises along keeping you involved at every turn. Character development, humor, horror, and storytelling all receive a bomb over last season’s already fantastic outing.

(Un)holy crap this is worth the watch.

Peter Stormare, Emily Swallow, Richard Armitage, Graham McTavish, and many more all lend their voices to some of my favorite acting in a while. The dialogue will give you shivers from its brutality and make you laugh out loud in the very next scene. It is compelling and expertly driven, so you really feel what the characters are feeling.

This series definitely pays homage to fan favorites from the games. Trevor, Sypha, as well as Dracula all make their transition smoothly into this season. We are also introduced to a cavalcade of fan favorite characters that we hate to love. Or love to hate. Though he was technically introduced in season one, Alucard finally gets some well deserved screen time.

But what about the weapons you ask?

They don’t skimp on showing off the beloved weapons either. We wanted to see how they would be portrayed on screen. They delivered. Weapons and items we remember from the games are brought into the series with reverence, moreover, they are done well. 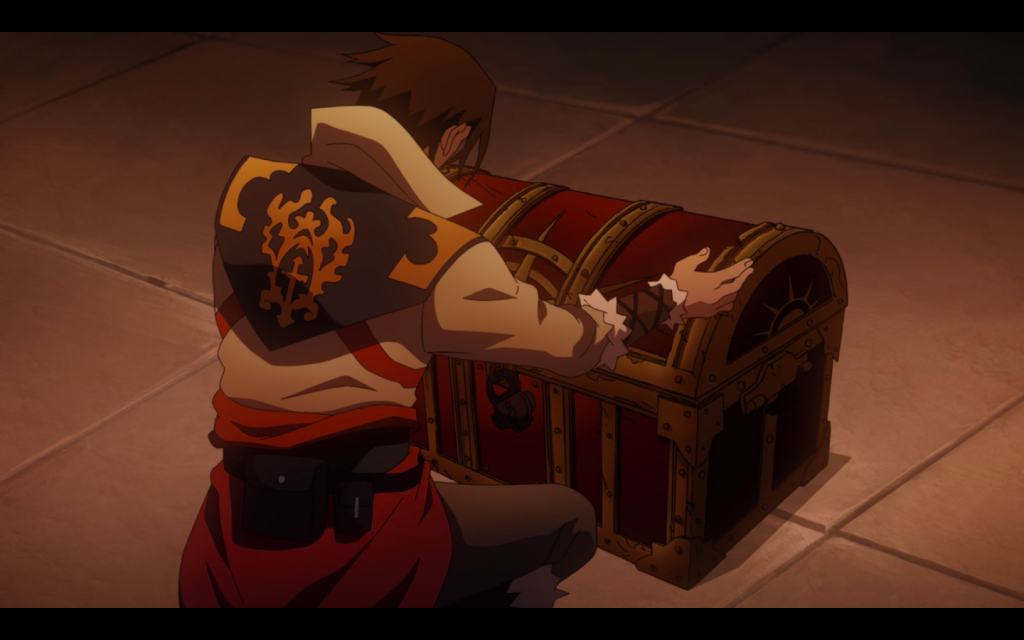 What’s in here i wonder?

There were some other things i would have liked to have seen, however we are only in season two. If followup seasons are as good as what we’ve seen so far, fans have no reason to fear disappointment.

Have you watched yet? What did you think of this latest season? Let us know in the comments.